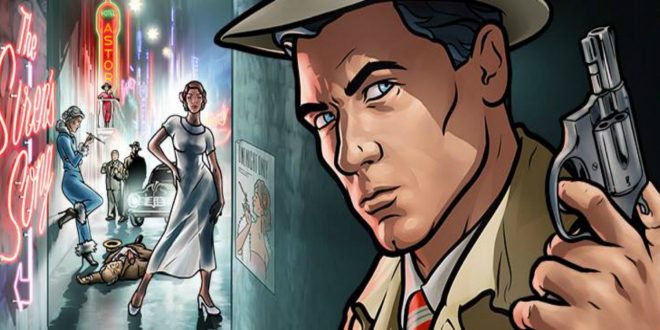 Archer Fans Now Have an App To Solve Cases With

Archer is coming back with season eight next week. The new episode will launch on April 5 on FX, and this time fans will also be able to solve cases with their beloved hero, Sterling Archer. They can do this through a companion smartphone app, Archer, P.I, which is already available both for Android and iOS.  This app allows users to discover objects and people that aren’t viewable in the TV show. All they need to do is point their smartphone’s camera to the TV set while the app is running. The app uses augmented reality technology, which will reveal object and people that will leap out of the screen.

The hidden objects, which are not viewable on TV, make up a totally new storyline. Based on these clues, viewers can solve cases, bringing them even closer to „the world’s most dangerous spy”, who is now a private investigator. Archer fans can also find additional clues hidden in different promotional videos of the show. They can find these on Facebook and elsewhere on the internet. Those who are lucky enough to live in places where billboards for the show are on display can also use the app to gather more clues from these.

The app only works with episodes from the new seasons. Season eight will launch on April 5, but this won’t be the end of the story. According to Photo Tribune, FX already renewed the series for a ninth and a tenth season also. Each season will consist of eight new episodes. There are a lot of clues to gather from these. As we already mentioned, the app is already available in the Google play Store and Apple’s App Store as well. Fans can download it before the new season launches, in order to get more familiar with its structure and what it can do. All we can say is: let the investigation begin!

I’m Load The Game’s co-founder and community manager, and whenever I’m not answering questions on social media platforms, I spend my time digging up the latest news and rumors and writing them up. That’s not to say I’m all work and no fun, not at all. If my spare time allows it, I like to engage in some good old fashioned online carnage. If it’s an MMO with swords and lots of PvP, I’m most likely in it. Oh, and if you’re looking to pick a fight in Tekken or Mortal Kombat, I’ll be more than happy to assist! Connect with me by email markjudge (@) loadthegame.com only
@@MarkJudgeLTG
Previous Xiaomi Mi Note Pro vs Galaxy Note 4: behemoth show-off
Next iPhone 6 Plus vs Galaxy Note 4: which is the better phablet?