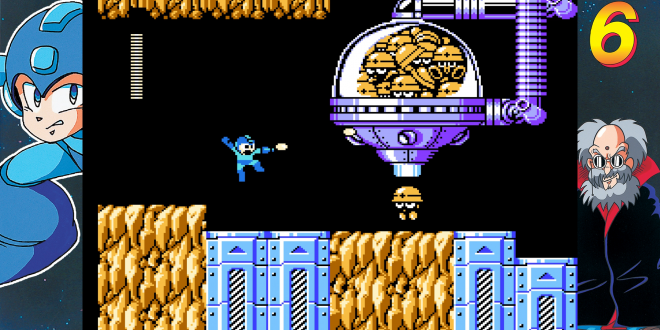 Mega Man Legacy Collection brings the first six Mega Man games to Xbox One, PlayStation 4, PC, and Nintendo 3DS (to be released later this year). Digital Eclipse has done an exceptional job with porting these classic NES games to current-gen consoles. Not a pixel is out of place, and the original audio has been recreated with painstaking accuracy. The developer obviously put a ridiculous amount of effort into preserving the original qualities of these games, and this is the collection’s most attractive aspect. While their work is extremely impressive (and the gameplay of the Mega Man series is still incredibly solid), Mega Man Legacy Collection is a collection that has something of a limited audience – hardcore Mega Man fans and gamers who haven’t yet played the Mega Man games. However, with perfectly reconstructed versions of the classic games, a challenge system, and a lot of Mega Man history, Mega Man Legacy Collection is a great way to revisit the series for those who are interested. 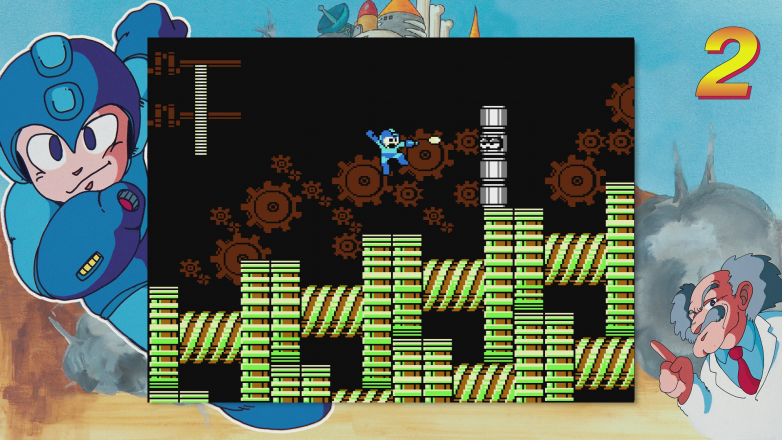 The gameplay from the original Mega Man games is perfectly intact – for better or for worse. The improvements introduced in previous Mega Man compilations have been ditched – Mega Man Legacy Collection brings each game to current-gen consoles in its purest original form. If you’ve never played Mega Man before, you should know that it can be brutally difficult. Getting through all six games is not an easy task, and this collection will keep even the most skilled gamers busy for quite a while. The question is whether or not the Mega Man games can keep your attention. Things definitely change from game to game (e.g., power-ups, environments, enemies, and the light storylines), but the six games are still remarkably similar – all were released on the same console within a relatively short number of years. Therefore, if you love one of the Mega Man games in this collection, you’ll enjoy them all – hardcore fans will find nothing to complain about in Mega Man Legacy Collection. However, if you’ve played one of these games before and didn’t enjoy it, there are no changes here that’ll change your mind. The solid, responsive, and tough gameplay is definitely worth checking out, so this collection provides a perfect opportunity for gamers who haven’t experienced Mega Man yet to do so in an accessible bundle at an affordable price. Overall, the gameplay proves that Mega Man is a classic for a reason. You’ll die a lot, but you’ll also learn how the game works as you play and you’ll experience a great feeling of accomplishment once you finally start completing the harder levels. I know I’ll never forget the moment I first defeated the Yellow Devil in Mega Man. Another exciting aspect of Mega Man is the non-linear level progression. From the start, you’re given the freedom to choose which levels you want to play through first, and it’s a lot of fun experimenting with different orders and combinations to figure out the best ways to play through the games. This unique kind of progression is definitely a nice break from the linear fashion in which most platformers are presented. 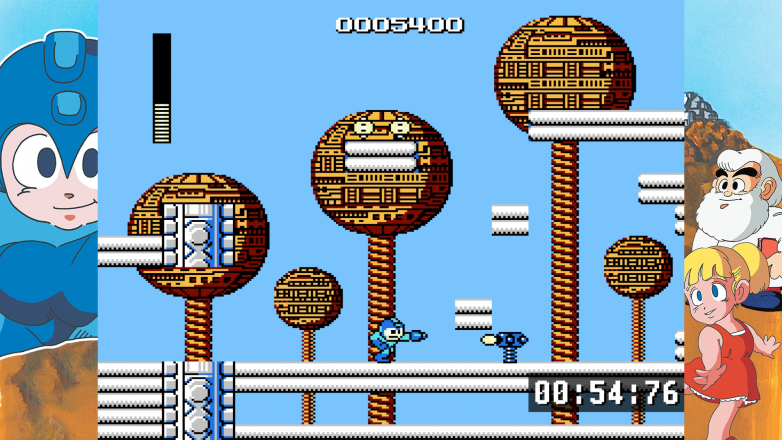 If you get bored with playing the games as they are, Mega Man Legacy Collection offers fifty challenges for you to overcome. Some challenges have you speed-running through stages that have been hand-picked from the games, and others focus on completing boss battles as quickly as possible. As you work through the first few challenges, you’ll unlock even more challenges. The later challenges mix stages from different games together, and these are probably the most fun. These work in the same way that Rare Replay‘s snapshots and NES Remix’s stages. Online leaderboards will lead some players to compete for the highest score, while others will simply enjoy the variety that breaks up the monotony of playing straight through the six core Mega Man titles. Either way, the challenges are the most interesting (and entertaining) part of Mega Man Legacy Collection, and they’re really the only new content that the bundle brings to the table. Though the core games are a lot of fun, I suspect that many players will spend the majority of their time with the game trying to complete as many challenges as possible. 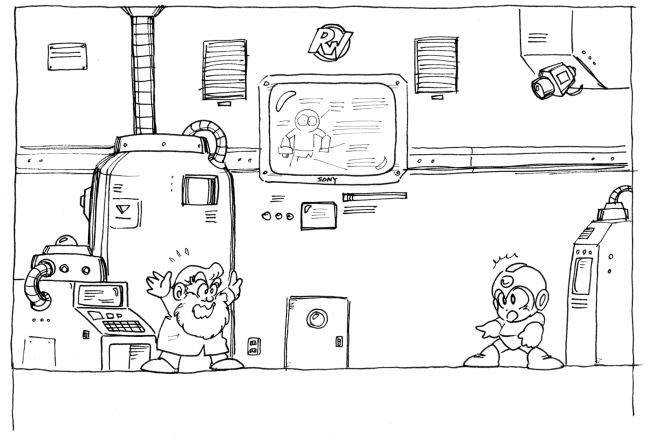 Along with the six core games and the challenges, Mega Man Legacy Collection includes a treasure trove of Mega Man history. Concept art, character models, and a huge collection of digital memorabilia are all accessible in the game’s Museum Mode. There are even documents from the Japan-only PlayStation collection, which are really thorough and interesting – these are things that any Mega Man fan will definitely want to check out. The Museum Mode might be a bit of a bore for people who either aren’t Mega Man fans or aren’t interested in video games as an art form, but I personally found it to be a really exciting part of Mega Man Legacy Collection.

In 1999, Rockman Complete Works brought the first six Mega Man games to the PlayStation. Then, in 2004, Capcom released Mega Man Anniversary Collection for PlayStation 2, GameCube, and Xbox (2005). This collection included the first eight Mega Man games, two games that were rarely seen outside of Japan (Mega Man: The Power Battle and Mega Man 2: The Power Fighters), and several tweaks to gameplay, visuals, and audio (some were good, some were bad). Now, in 2015, Mega Man Legacy Collection brings together the first six entries in the series for the third time. Since this is far from uncharted territory for Capcom, I can’t help but think that Mega Man Legacy Collection could have been a more definitive Mega Man experience. The trigger functionality from the 2004 collection would have been nice to see, and it would have been nice to see more games included in the bundle. However, instead of complaining about what isn’t here, I’ll just focus on what is here – six games that have been brought to current-gen consoles for a new generation of fans with an insane amount of love, care, and obvious effort. If you’re a fan of Mega Man, retro games, video game history, or you just want to give these games a try, Mega Man Legacy Collection is definitely worth your time and money.

Mega Man Legacy Collection is not the biggest Mega Man compilation, but it does boast the highest quality. It preserves the classic gameplay of the first six Mega Man games, choosing quality and history over quantity and novelty.

I'm Aria! When I'm not doing other things, I'm either playing video games or writing about them. If you like games, anime, and random stuff, you can follow me on Twitter @Sage0fForest
@@Sage0fForest
Previous Frequent Travellers: Meet these Future Travel Bags That You Can’t Resist
Next What gamers do on holiday 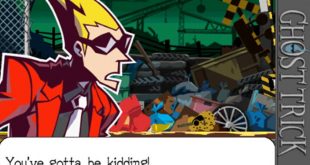