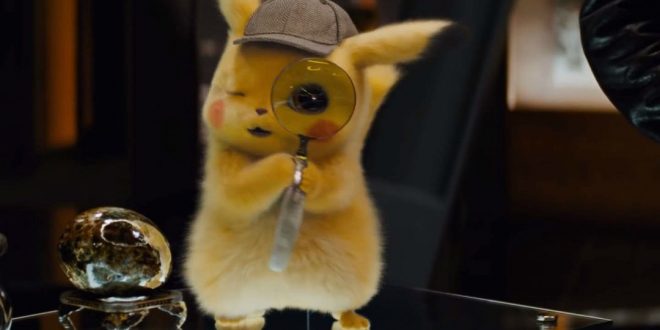 The new Pokémon movie, Detective Pikachu, seems set to surprise movie critics and fans with its simple adaptation of the popular video game. Pokémon is one of the most successful video games of the last two decades and aficionados have come to care about the characters, their lives, their challenges and their escapades.  And these characters can be found on merchandise of all sorts – from Tshirts to towels to lunch boxes – even on slot casino games.

The franchise, comprised of the Nintendo, Game Freak and Creatures brands, discovered that the format could produce a Hollywood-type success when it released its mega-hit Pokémon Movie in 1999. Now they have come out with a sequel that promises to create the same sensation.

Pokémon (also known as “Pocket Monsters) is an entertainment franchise that revolves around a group of fictional Pokémon creatures and their adventures. The storyline centers on how Pokémon Trainers (humans), catch and train the little creatures to battle each other for sport. The scenarios are set in the Pokémon universe.

In addition to the Detective Pikachu film, there’s a new game, Pokémon Sword and Shield, which is scheduled to be released in 2019.

Warner Bros. doesn’t aim to recreate the 1999 Pokémon Movie which extracted emotional depth in a superficial topic. But it does aim to turn Pokémon into actual characters and viewers seem to feel that, in that it succeeds. In the movie Pokémon are defined by something other than being cute, weird game devices – the film actually delves into an exploration of how humans interact with their pocket-monster pals.

In the world of Detective Pikachu, the Pokémon are a normal part of every day life. Humans and monsters live in harmony in a strong and memorable vision of what a world populated by Pokémon might become.

The movie’s storyline is a traditional whodunnit story. Tim, a young boy, is investigating his father’s disappearance. He partners with Detective Pikachu as he tries to retrace his father’s last steps before he vanished. The investigation leads them to news reporter Lucy Stevens and her Pokémon bud Psyduck who are in the process of uncovering a bigger story.

This isn’t a “keep ‘em guessing” type of film. It’s not hard to figure out what is going to happen. Of course the group will find Tim’s father. The fascination of the movie lies in watching how a world populated by Pokémon might play out to everyone’s advantage.

Rather than establish an emotional connection to established characters, the movie recognizes that there’s no need to bring the nicheiness of the gaming world into the movie. The movie places the humans as the foreign creatures, as opposed to the Pokémon who live in Ryme City and roam around the surrounding countryside. In Detective Pikachu, Pokémon dilemmas and plights take center court as the creatures’ interact with human partners and those interactions are used to examine the Pokémon perspective.

Pokémon are treated as the main attraction in this movie. That is different than past movies and other media depictions, in which the perceived relationship between trainers and their brood of creatures was leveraged to get the human protagonist to the end of the journey. Those films might have been more relatable and allowed for more depth in the storytelling but any focus on the most unique elements in a Pokémon story were sacrificed when the Pokémon were reduced to ornaments as adorable weapons.

In Detective Pikachu, the Pokémon aren’t enslaved. Their relationships with everyday humans, and even with the trainers, is comfortable and low-key – akin to close friendships between buddies rather than a power struggle between owner and pet.

That simple approach to a Pokémon story is what creates an atmosphere of freshness for the Detective Pikachu movie. The atmosphere is that of a world of   inherent goofiness and the absurd. That kind of environment works  well — better than if the writers would have tried to make the movie’s world into a “normal” world or turn  the film into some huge, significant metaphor.

The allure of Pokémon has always focused on the intimate relationships between players and the creatures.  Detective Pikachu follows that line as it focuses on Tim and Pikachu’s daily interactions and blossoming friendship. Even when it’s completely absurd, the film is endearing.

Ultimately, Detective Pikachu succeeds because Pikachu is portrayed as a wild character who, despite his confusion, manages to develop a relationship with Tim. This occurs in a world where the only people who can understand Pikachu are a teenager and other Pokémon.  The Pikachu performance is the driving force behind the movie  but, as a simple CGI yellow mouse  who shoots electricity out of his rosy cheeks, Pikachu doesn’t overplay it — and the movie benefits from the low-key portrayal of his easy-going manner.

Viewers will enjoy this film, regardless of whether they’re long-time Pokémon fans or oldsters who have never come across a Snorlax or a Mewtwo.

I’m Load The Game’s co-founder and community manager, and whenever I’m not answering questions on social media platforms, I spend my time digging up the latest news and rumors and writing them up. That’s not to say I’m all work and no fun, not at all. If my spare time allows it, I like to engage in some good old fashioned online carnage. If it’s an MMO with swords and lots of PvP, I’m most likely in it. Oh, and if you’re looking to pick a fight in Tekken or Mortal Kombat, I’ll be more than happy to assist! Connect with me by email markjudge (@) loadthegame.com only
@@MarkJudgeLTG
Previous Call Of Duty: Modern Warfare 4 Release Date – When Will It Launch?
Next Mario Kart Tour Beta Draws Criticism Over Loot Boxes 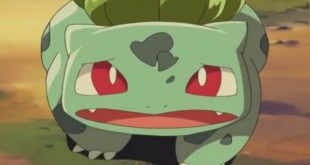