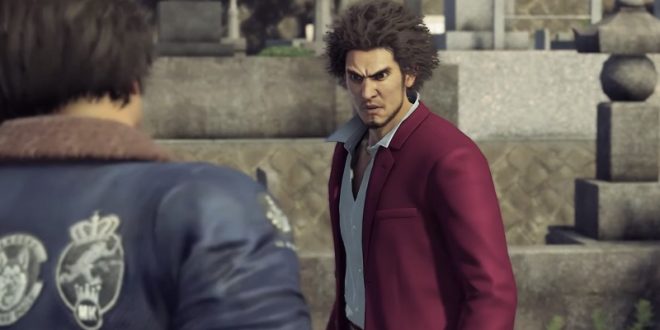 After an impressive run of 6 mainline installments, the Yakuza series as we know it is about to transform. While they’ll still be crime thrillers set in Japan, starting with 7 we’ll be following a new protagonist and (as we recently learned) will be dealing with a brand new combat system. While 1-6’s combat sufficed, it was definitely well past time to shake things up.

RGG Studios recently announced that they have nixed the beat-’em-up combat from the previous installments for that of full-blown turn-based combat. As you can probably figure out for yourself, that is a massive shift as we’re moving from mostly mindless action-based combat to a system that requires much more strategy. Instead of running into a group of thugs and mashing buttons until you succeeded, you now have the option to choose from a menu of attack options.

In that sense, the Yakuza series is about to feel a lot more like a Dragon Quest game than it does a typical Yakuza game. While this is a move that is sure to worry at least a portion of the game’s fan-base, it is a bold and necessary move to keep the series from getting stale. If the series was to simply continue on the path that it was on completely, then fatigue would certainly have started to occur (and for many it already did).

With a series that has as many installments as the Yakuza series has, change is inevitable and has to happen if it wants to stay fresh and relevant. An example would be the Final Fantasy series, which has undergone more changes than most series can claim at this point. While it was a turn-based RPG for many installments, eventually the developer realized that they had to make changes to keep things interesting. They didn’t always hit the nail on the head, but in the end the changes were necessary and have kept the series in the conversation. The Final Fantasy 7 Remake will of course offer a lot of what made the original game great, but will also have dramatic differences like a completely different combat system and a revamped and deeper storyline.

As for how this will pan out for the Yakuza series, only time will tell at this point. Change is always met with a mixed response when it comes to a beloved gaming series, but I think once the people have given it a shot they will see that it was a change worth making. The developer hasn’t let series fans down up to this point, and I doubt they will start when Yakuza 7 launches in 2020.