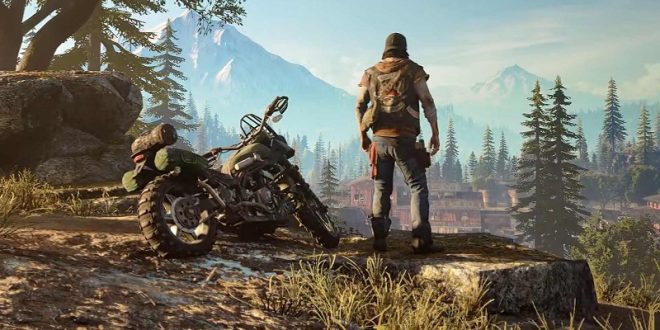 Days Gone may not have taken the world by storm like many hoped it would back when it launched in April, but developer Sony Bend has nevertheless been regularly improving the game and adding new content over time. A new update for the game has now gone live, which brings it up to version 1.6 and adds some interesting new content.

Perhaps the most notable aspect of this update is that it adds Death Stranding-themed decals and parts to motorcycle customization. Motorcycles play an important role in the traversal of each game’s open-world, so this kind of a cross over makes perfect sense.

The option to reset Hordes, Ambush Camps, and Infestation Zones is live!

How to Reset your Hordes, Ambush Camps, and Infestation Zones

To celebrate the launch of Death Stranding on Friday, we released exclusive bike decals in Days Gone! Take to the broken road and show off your excitement for Death Stranding today.

A reminder that all the DLC challenges we released are planned to stay unlocked indefinitely.

In our push for accessibility, we’ve added UI COLOR MODE to help visibility and contrast in certain HUD elements in Days Gone. When enabling HIGH CONTRAST, certain key HUD elements on screen will swap color palettes to become easier to see and more visible during the game.

Some of you have requested a linear input curve for Aiming, and we heard you. This will make camera movement more one-to-one with the Right Stick input, instead of using more of the input range for smaller aiming adjustments. You will find this setting in Options->Gameplay->Dead Zone Sensitivity->Linear.

Our team will continue to identify and resolve major bugs if needed in future patches.

Be sure to post your high score to this thread and on social media with the hash tag “#DaysGone”!

Previous Conception PLUS: Maidens Of The Twelve Stars Mature ESRB Rating Detailed
Next Pokemon Games Will NEVER Have A Full Pokedex Again