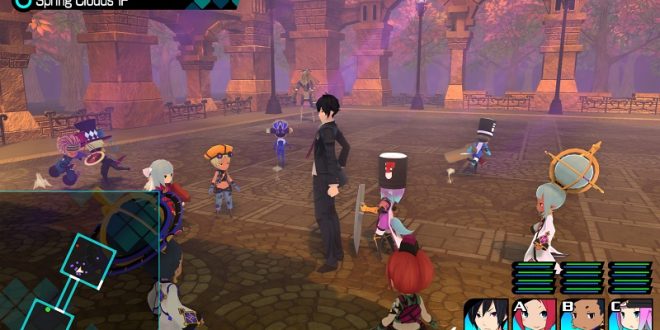 There is a new RPG from Spike Chunsoft called Conception PLUS: Maidens of the Twelve Stars, which certainly seems to have all of the bizarre and eccentric characteristics that the developer is known for. The ESRB has recently revealed their rating for the game, revealing both the main descriptors and a full breakdown.

The ESRB ended up giving the game an M (for Mature) rating, with the main descriptors being Fantasy Violence, Mild Blood, Partial Nudity, Sexual Themes and Use of Alcohol. The following is the full description from the ESRB:

“This is a role-playing game in which players assume control of Itsuki Yuge, a high-school student battling an evil power to escape a fantasy world. Players explore labyrinths and engage in turn-based combat against monsters (e.g., demons, mechanical creatures). Characters use axes, lances, swords, and magic to defeat enemies; combat is accompanied by colorful impact effects and cries of pain. A handful of still images depict characters bleeding; one still image depicts splashes of blood after a character has been bitten. The game contains some sexual material in the dialogue: “Itsuki, please use my body as much as you want”; “It’s like your own harem”; “In any event, please keep your mind free of dirty thoughts regarding my panties”; “Why are you looking at my chest when you say that?” Female characters are also depicted with jiggling breasts, and some still-images depict characters with partially exposed breasts. During the course of the game, players are able to engage in a Classmating system, in which two characters interact to create a Star Child; these brief sequences do not depict sexual acts, though the female characters (shown in silhouette) are placed in suggestive poses (e.g., on their hands and knees). The game contains extended sequences in which underage characters are seen drunk (i.e., red-faced, slurred speech)—once after consuming liqueur-filled chocolate; another time after eating food cooked with alcohol.”

Conception PLUS: Maidens of the Twelve Stars is available for PS4 and PC.