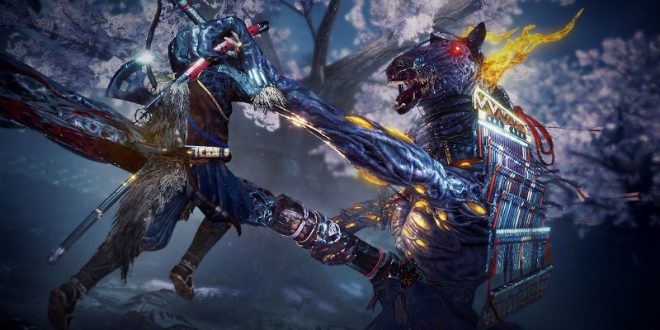 Team Ninja released one of the finest action RPGs this generation with the release of Nioh in 2017, and now they’re set to release a follow-up very soon. While we still have about a month to go until it releases, the ESRB has released their official rating for the game in the meantime.

Unsurprisingly, Nioh 2 received an M (for Mature) rating just like the first game did, with the content descriptors being Blood and Gore, Suggestive Themes, and Violence. As always, a more in-depth rating summary was also provided, which is the following:

“This is an action role-playing game in which players assume the role of a half-human, half-supernatural samurai that battles enemies during Sengoku-era Japan. From a third-person perspective, players use katanas, axes, spears, bows, and rifles to kill various enemies (e.g., humans, demons, boss creatures) in melee combat. Some battles are frenetic, highlighted by cries of pain and large blood-splatter effects. Human enemies can also be decapitated or dismembered during battlee. One weapon allows players to trigger a suicide event (i.e., stabbing themselves in the stomach). Cutscenes sometimes depict soldiers impaled by spears; one cutscene depicts the player stabbed by a spear from a first-person perspective. The game contains some suggestive material: a female serpent demon with partially exposed breasts; a woman/cat-like demon with deep cleavage.”

Nioh 2 is set to release exclusively for PS4 on March 13th. It was recently revealed that the original game passed a big sales milestone, selling three million units worldwide since its February 7th, 2017 launch. This goes for both PS4 and PC sales, with the PC version launching nine months after the PS4 version. It’s expected that a similar release schedule will happen for Nioh 2, though a PC release date has not yet been confirmed.