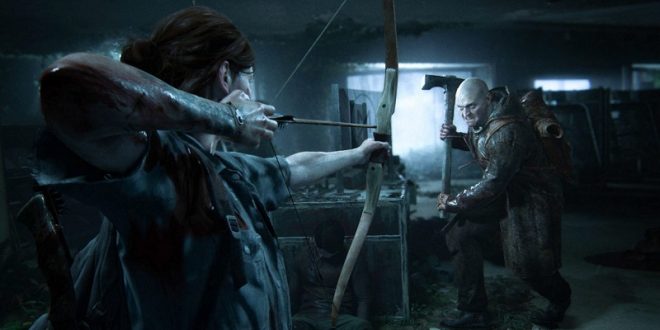 It’s no secret at this point that Naughty Dog’s The Last of Us is one of the most dark and harrowing games of recent memory, showing the terrors of a post-apocalyptic world in an often uncomfortable manner. However, from what we have seen so far from the sequel, it looks like The Last of Us: Part II is going to be an even more harrowing experience.

It seems like the game’s official ESRB rating confirms this, as it has been revealed that the game has been given an M (for Mature rating) via the PlayStation website. While this isn’t surprising considering the fact that the first game got an M rating, the content descriptors for this one paint an even more graphic picture. They are Blood and Gore, Intense Violence, Nudity, Sexual Content, Strong Language and Use of Drugs.

The main things to point out here are the Nudity and Sexual Content descriptors, neither of which were present in the original game. Some of the footage that we have seen of the sequel has alluded to instances of sexual assault in the game, and this rating seems to suggest that these instances will be shown. If you felt uncomfortable in the first game, then you better prepare yourself for what’s to come in the sequel.

In related news, the game’s upcoming art book’s deluxe edition was recently revealed, which includes things like an exclusive cover and a “gallery-quality” lithograph. That book will contain dozens of pages of artwork from the game’s world, and it’s set to release a little over two weeks after the game does on June 16th.

The Last of Us: Part II is developed by Naughty Dog exclusively for PS4, and the release date is set for May 29th.