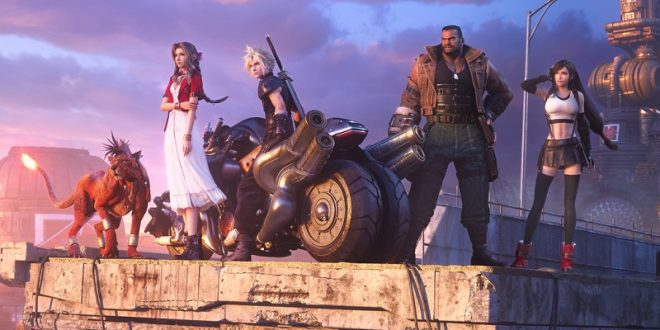 The long-awaited remake of Final Fantasy VII is nearly upon us, with the game set to debut on PS4 early next month. While it’s promising to deliver on the quality front if early buzz is to be believed, it’s actually only the first part in an episodic release plan. Those wanting to get it a little more out of the game’s world can do so thanks to a new book coming later this year.

Amazon has recently posted a product page for Final Fantasy VII Remake: World Preview, revealing things like the price and the release date. First up we have the official product description, which is the following:

With its captivating characters, striking visual design, and intense gameplay, Final Fantasy VII set a new standard for the RPG genre and became one of the top video game releases of all time. Now, with Final Fantasy VII Remake, players return to Midgar in a stunning new rendition of a timeless classic. This World Preview volume offers both new players and longtime fans essential information on characters, settings, gameplay, and more, as well as introductory comments from producer Yoshinori Kitase and director Tetsuya Nomura.

Square Enix Books is handling the publishing duties for this book, with there being 128 pages in total. The release date is set for September 8th, and the price is $24.99 for the hardcover version and $15.99 for the Kindle version. Keep in mind that Amazon prices fluctuate, so the price could end up being lower or higher when it actually launches. It does have a pre-order price guarantee, which ensures that you get the lowest price offered if it does go down after pre-ordering it.

The Final Fantasy 7 Remake garnered rave reviews when it launched last month, with many ...