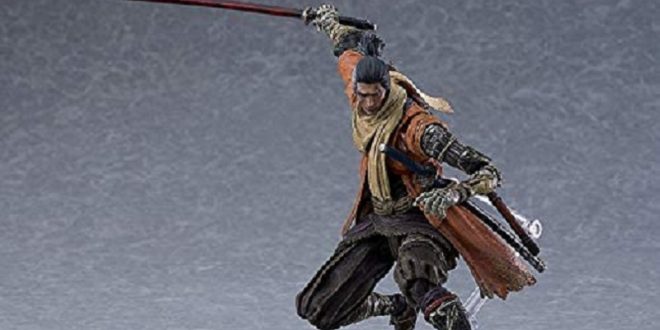 Sekiro: Shadows Die Twice was developer FromSoftware’s first departure from the Souls series in several years, and most agreed that the game was another fantastic action adventure game. While it remains to be seen if that game ends up getting a sequel, in the meantime those who want to display their love for the protagonist will be able to do so.

Amazon has recently posted a product page for Sekiro Deluxe Figma Action Figure, revealing things like the figure itself, its dimensions and a release date. First up we have a breakdown of the key features, which are the following:

“From Max Factory. From the game Sekiro: Shadows Die Twice comes a DX edition figma of the one-armed shinobi Sekiro. The creation of the figma was entirely supervised by From Software, making for a stunningly accurate recreation. Using the smooth yet posable joints of figma, you can act out a variety of different scenes from the game. 3D paintwork has been utilized to realistically recreate his glaring expression. He comes with Kusabimaru, the Mortal Blade and the Grapple Hook as optional parts. Additionally, the DX edition includes the Loaded Axe, Loaded Spear and Loaded Umbrella Shinobi Prosthetic Tools along with a Sculptor’s Idol and Death Effect Sheet.”

Previous Bloodstained: Ritual Of The Night Vinyl Soundtrack – Price, Cover, Release Date
Next Here are Some of the Top Online Games for 2020