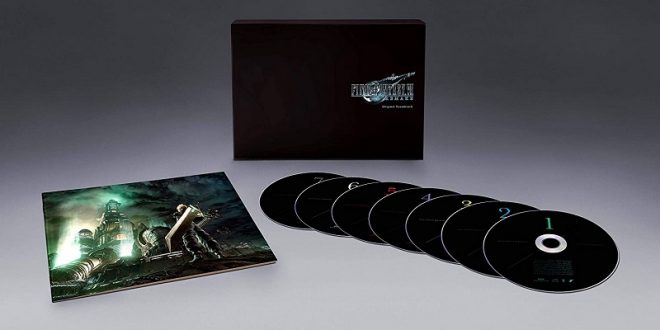 The Final Fantasy 7 Remake launched for PS4 earlier this year, and despite its faults it successfully brought the beginning of the beloved RPG into the modern era of gaming. One of its strongest aspects is its soundtrack, and we have some new information to share on when you can pick it up.

Amazon recently posted an official product page for the Final Fantasy 7 Remake Original Soundtrack, revealing things like the price and release date. The soundtrack is being released on a (fitting) seven disks, and Amazon currently has the price listed as $66.99. Their prices do tend to fluctuate, however, but a pre-order price guarantee ensures you’ll get the lowest price ever offered if it goes down following your pre-order.

It’s worth noting that, despite not saying it in the title, this is only the first part of a multi-part remake of Final Fantasy 7. Square Enix has not revealed how many parts they will be releasing the game in, but considering how little of the full game the remake covered it should be at least two more games. This means that there will likely be more soundtracks coming, as well, so keep that in mind if you want the full soundtrack experience.

The Final Fantasy 7 Remake original soundtrack will release on July 31st. The game is available now exclusively for PS4, with the follow-up currently being in the early stages of development. Square Enix has not revealed when we can expect it to release, but we’ll keep you updated as more information becomes available.