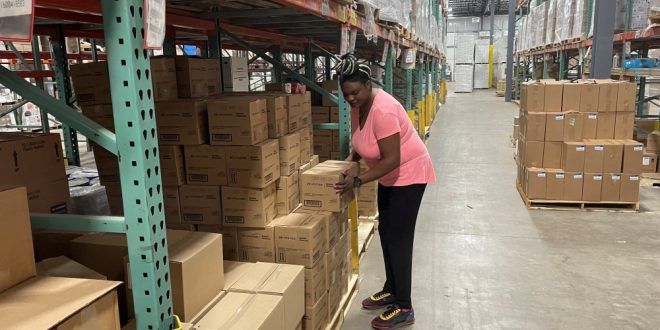 A pay increase for hourly workers in the US will increase the average starting pay for the majority of front-line workers in transportation and warehousing to more than $19 an hour, according to Amazon.com Inc.

For all hourly workers in the US, the corporate minimum wage is still $15 per hour. Starting pay will increase to $16 per hour for workers in Amazon’s customer fulfillment and transportation departments, a spokeswoman announced in an email on Wednesday reported by GeekReply.

The Seattle-based company claims that the boost will lead to an increase in spending of more than $1 billion during the upcoming year. Amazon is the second-largest private employer in the US, behind Walmart Inc. Over 1.1 million people were working for Amazon in the US by the end of 2021. The company had more than 1.5 million employees altogether as of June 30. The majority of those people are hourly workers who pack and distribute goods for retailers like Whole Foods Market and Amazon Fresh.

I’m Load The Game’s co-founder and community manager, and whenever I’m not answering questions on social media platforms, I spend my time digging up the latest news and rumors and writing them up. That’s not to say I’m all work and no fun, not at all. If my spare time allows it, I like to engage in some good old fashioned online carnage. If it’s an MMO with swords and lots of PvP, I’m most likely in it. Oh, and if you’re looking to pick a fight in Tekken or Mortal Kombat, I’ll be more than happy to assist! Connect with me by email markjudge (@) loadthegame.com only
@@MarkJudgeLTG
Previous The Judgment mod reinstates cut actor Pierre Taki in the game.
Next The Early Access beta for Football Manager 2023 is now accessible for PC and Mac