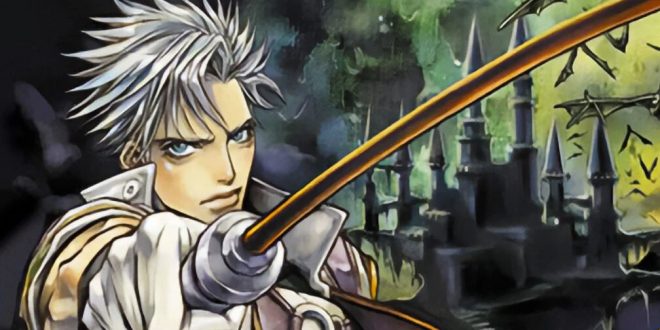 The director of God of War Ragnarök has expressed interest in working on a Castlevania game should Konami decide to hand over the rights to the venerable game franchise.
Game director Eric Williams of Sony Santa Monica urged fans to “make it happen” in a Kinda Funny Games Spoilercast video that was released on Monday.
Uncertain of the gravity of his remarks, he did add, “I simply got into so much trouble!”
“You guys can make it happen, because you have the entire world’s audience here,” he remarked. If someone offers me the Castlevania license, we would love to build it even though I have no idea what I’m going to do next.

The most recent mainline installment of Castlevania, Lords of Shadow 2, was released in 2014. Like many of Konami’s core video game series, Castlevania has been dormant for a number of years.

That game was also contracted out to MercurySteam, a studio based in Spain, and VGC first reported last year that Konami is now more amenable to licensing more of its game properties to outside studios.

This was most recently demonstrated by the Polish studio Bloober Team’s announcement of a remake of Silent Hill 2, which VGC had previously reported. According to sources cited in the same story from last October, a Castlevania reboot was also being developed internally in Japan.

After God of War Ragnarök was released, Santa Monica Studio seems to be engaged in a number of projects.

The LA Times reported last week that studio creative director Cory Barlog, who oversaw the 2018 God of War reboot, said the Sony studio is currently “spread out on a lot of different things” but withheld further information.

Eric Williams, the director of Ragnarök, told the LA Times that he would be happy to devote himself to the series full-time, despite Santa Monica possibly working on non-God of War projects.

He recalled, “I talked to someone from another game company, and they were trying to convince me to leave. Do you simply want to be known as the God of War guy for the rest of your life, they questioned? Was that your big argument against me? Because, sort of, I do.

God of War Ragnarök was named one of the greatest PlayStation games ever in the VGC review.

The game God of War Ragnarök is the most nominated, followed by Elden Ring and Horizon Forbidden West, with ten awards up for grabs at next month’s The Game Awards.

Old-school gamer with a cheeky tongue that gets me in trouble. When I'm not playing games, I'm writing about them, preferably in the vicinity of a fridge! Oh, and if you're a Justin Bieber fan, I'm afraid we can't be friends!
Previous The most challenging Tetris game is finally making its console debut
Next Nintendo Switch Sports Tees Are Included In A Japanese Switch Bundle That Will Be Released In December