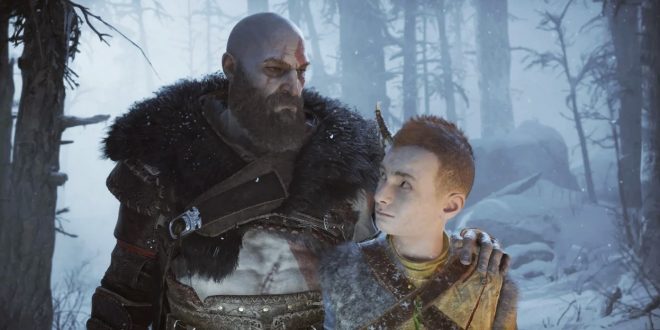 Conversation among gamers is shifting to the awards season as 2022 draws to a close. Who will win the award for Game of the Year? At this point, we’re willing to wager that gamers are split between Sony’s fantastic follow-up, God of War Ragnarok, and FromSoftware’s beloved Elden Ring. The second of these two sizable action games recently received its first nomination for best game of 2022.

The second outing of Kratos and Atreus is ranked number one on TIME magazine’s list of the top 10. In order to win, it outperformed games like Horizon Forbidden West, The Quarry, and, yes, Elden Ring. Richard Newby of TIME proclaims Ragnarok to be “what all action-adventure games should strive toward,” praising its visuals and storytelling above all else.

The Game Awards, which are generally regarded as the deciding factor in these matters, have both games up for Game of the Year. They are joined by fellow nominees Stray, Xenoblade Chronicles 3, Horizon Forbidden West, and A Plague Tale: Requiem.

Old-school gamer with a cheeky tongue that gets me in trouble. When I'm not playing games, I'm writing about them, preferably in the vicinity of a fridge! Oh, and if you're a Justin Bieber fan, I'm afraid we can't be friends!
Previous Primal Groudon and Kyogre are hinted at in the winter season of Mythical Wishes in Pokémon Go
Next The PS5 file size for Need for Speed Unbound leaves plenty of space in the garage