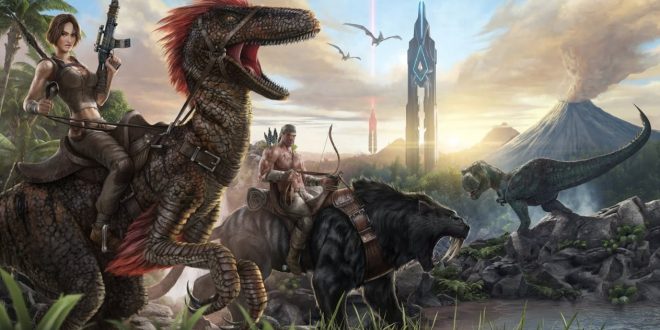 The Switch Version of Ark: Survival Evolved Has Been Updated

When the “Ultimate Survivor Edition” of Ark: Survival Evolved was released for the Nintendo Switch last year, it underwent a significant overhaul.

In case you missed it, it reduced load times, enhanced visual quality and performance, and added several quality-of-life features, such as inventory management. In 2023, a new patch (version 2.0.5) has just been made available.

This most recent patch contains several fixes and enhancements in addition to adding support for the Ragnarok DLC. Here is a complete summary of what to anticipate from the official patch notes:

Official Servers are coming down for brief maintenance at 3:00pm EST to prepare for Patch v2.0.5. At that time you may download the new patch on your Nintendo Switch.
Patch notes: https://t.co/OLnyUNhVSi pic.twitter.com/z2qD4tg4l1

Old-school gamer with a cheeky tongue that gets me in trouble. When I'm not playing games, I'm writing about them, preferably in the vicinity of a fridge! Oh, and if you're a Justin Bieber fan, I'm afraid we can't be friends!
Previous Here Are the Detailed Amiibo Unlocks for Fire Emblem Engage
Next Voice actors for Fire Emblem Engage formally introduce their characters