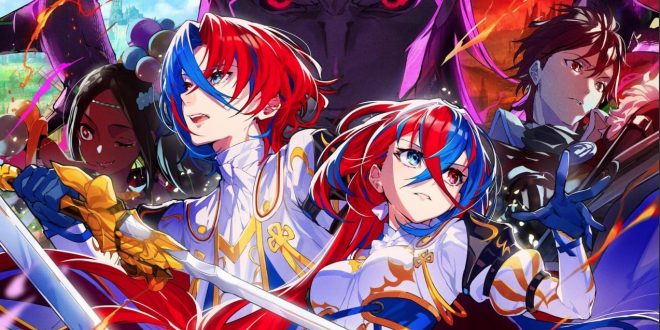 Along with having incredible character designs, Fire Emblem Engage also features some talented voice actors who help bring the game’s heroes and antagonists to life.

Now that the game has been released, many of the western voice actors have expressed their gratitude to Nintendo and the series’ fans on social media. Here is a summary of a few of them so far:

i know heroes came out earlier but i want to officially announce that i play fem alear in fire emblem: engage
this game changed my life. I will forever be grateful to @Cupofteaprod, @NintendoAmerica, @Seitz_Unseen, @WritingMadness, and so many others.

I am deeply grateful to announce that I voice male Alear in Fire Emblem Engage. @Seitz_Unseen, @Cupofteaprod, and @NintendoAmerica, thank you for entrusting me with the responsibility of this journey. It is an honor beyond words.

It's launch day and I still can barely believe it.

I’m honored to be voicing Alcryst, second prince of the Brodia Kingdom, in #FireEmblem Engage! He’s a precious bean and I love him dearly.💙🏹🙇‍♂️ pic.twitter.com/tC4jTMuis4

This still doesn’t feel real, I can’t believe it. I’m joining the main cast of Fire Emblem Engage as Alfred, as well as joining Fire Emblem Heroes. Thank you to everyone at @Cupofteaprod and @NintendoAmerica for believing in me, I can’t wait for everyone to play!!!! pic.twitter.com/aBYDthIU61

The last time I voiced a #FireEmblem character, I spoke of lies, betrayal and rage. This time I speak of dedication, love, and how delicious life can be. I voice Bunet in #FireEmblemEngage. Thank you @Cupofteaprod @NintendoAmerica @Seitz_Unseen @WritingMadness pic.twitter.com/NXIiqqR74R

I’m thrilled to join the cast of #FireEmblemEngage as your loyal steward, Clanne! All my thanks to @Seitz_Unseen @WritingMadness @Cupofteaprod & @NintendoAmerica for a having me along on this great journey.

Make us proud out there, Divine Dragon! 💚 pic.twitter.com/RvF1zplkKq

I am SO SO SO BLESSED to FINALLY announce that I play FOGADO in Fire Emblem: Engage!!!!!

My best friend and I used to play PoR as kids, acting out the voices, so its a dream come true to join the universe as such a cool new unit in a new game ! Now…ENGAGE!! pic.twitter.com/YGTl18eQOT

and do let me know when you meet #Pandreo 🙏🏽🥹

It's time to ENGAGE! I'm beyond honored to announce that I voice Saphir (teehee) in #FireEmblemEngage! I got to work with some amazing people on this. I can't thank you all enough: @NintendoAmerica, the legendary @Cupofteaprod , @Seitz_Unseen, @nappingfrog, & @WritingMadness! ❤️ pic.twitter.com/Ws4GN5dliw

Here it is!! So excited for everyone to play this game! Very honored to join the cast of #FireEmblemEngage as the English voice of Zelkov. Thank you to @Seitz_Unseen @WritingMadness @Cupofteaprod & @NintendoAmerica for taking me along for the ride! What a cast!! pic.twitter.com/5BMhZw2ZYP

More will be added as they are circulated on social media. What do you think of Fire Emblem Engage’s voice acting so far? How about the narrative? Post your comment below.

Old-school gamer with a cheeky tongue that gets me in trouble. When I'm not playing games, I'm writing about them, preferably in the vicinity of a fridge! Oh, and if you're a Justin Bieber fan, I'm afraid we can't be friends!
Previous The Switch Version of Ark: Survival Evolved Has Been Updated
Next Next Week’s Winter Update of Mario Kart Tour Will Include New Mii Content