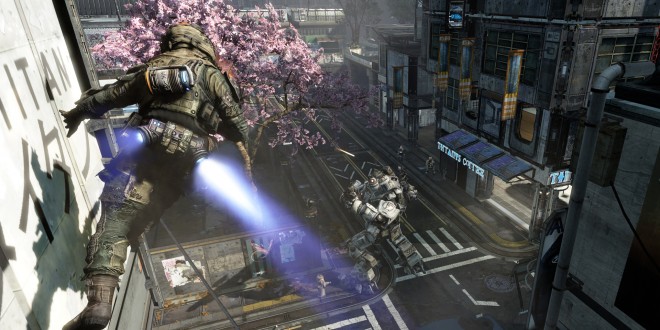 Free Titanfall with Xbox One

The Xbox One seems to be selling poorly. So poorly, in fact, that Microsoft is resorting to exceedingly fast price-cuts and bundles to compete with its rivals. Gigantic retailers such as Target, Walmart, Amazon and GameStop are now offering incentives, like offering gift cards or games like Titanfall for free, which some see as a very bad sign for Microsoft.

Last month, according to NPD, the Playstation 4 outsold the Xbox One on 2 to 1 in the US. Similar reports have been made in the UK as well, where the Playstation 4 was outselling the Xbox One at a ratio of 1.5 to 1. Just recently, Sony announced that the PS 4 had sold 5 .3 Million units worldwide, and it just released its flagship console in Japan today. Still, even though Sony seems to be winning early on, the console war is nowhere near over. With a life-cycle of many years, both Microsoft and Sony have a long and lasting battle to fight.

So lets just go all the way back to when the PlayStation 3 and Xbox 360 were first released. The important thing to remember is, the Xbox 360 launched with an approximate year earlier, so we’re going to look at their first year of sales. The PS 3 sold 5.6 Million and the Xbox 360 sold 5.9 Million, so they were on equal footing, but that changed later on.  There are many factors that influence long-term sales, such as exclusive games, bundles, price-cuts and marketing. To this day, both the Xbox 360 and the Playstation 3 keep selling, so the war is still raging on.

The big difference now is that the next-gen consoles actually launched at the same time, so we are actually seeing them neck to neck, where the consumer has the choice right away. It is also important to know that we are still very early in the so-called war. We are still predicting that the Xbox One will also sell a Kinect-free Bundle,  possibly without a Blu-Ray drive as well. And the associated price could mean all the difference when they go down to 400 $. In fact, they have already begun to cut back on prices in the United Kingdom, which is surprisingly soon after launch.

Content is an issue both consoles are struggling with, neither having an impressive line-up. The Xbox One will be receiving Titanfall on the 11th of March, a game that’s extremely anticipated and that is likely to get some consoles off the shelves. Especially now that Microsoft has come up with a Titanfall Bundle for the Xbox One, one in which Titanfall itself is practically free. Sony has its own ace up the sleeve, with inFamous: Second Son launching exclusively for the Playstation too.

Who do you think is going to win ?

I’m Load The Game’s co-founder and community manager, and whenever I’m not answering questions on social media platforms, I spend my time digging up the latest news and rumors and writing them up. That’s not to say I’m all work and no fun, not at all. If my spare time allows it, I like to engage in some good old fashioned online carnage. If it’s an MMO with swords and lots of PvP, I’m most likely in it. Oh, and if you’re looking to pick a fight in Tekken or Mortal Kombat, I’ll be more than happy to assist! Connect with me by email markjudge (@) loadthegame.com only
@@MarkJudgeLTG
Previous Sony Xperia Z2- the world’s first underwater phone
Next The Titanfall Collector’s Edition – unboxing