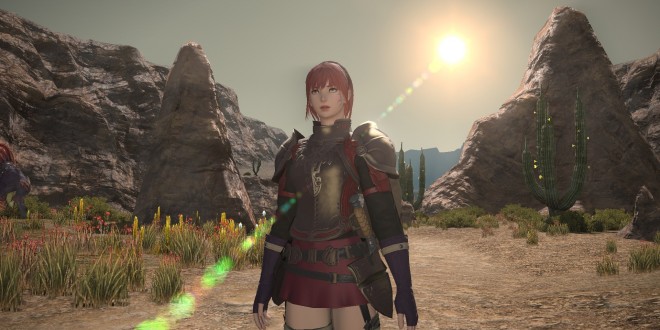 Great news for Final Fantasy 14: A Realm Reborn/PS3 owners: PS3 players will be able to upgrade the popular MMO to its PS4 version beginning April 11, three days before the official PS4 launch on April 14. More importantly, this upgrade service will be completely free for those who purchased and played the PS3 version of the game. And owners of multiple game accounts and characters will be able to transfer each one of them to the PS4 version. The transfer will actually happen automatically when a player first signs into his/her Final Fantasy 14 account on the PS4. Character data including levels, items, and story progression will automatically be imported to the next gen version of the game since it is all saved via servers.

And if this convenience wasn’t enough, the loyal Final Fantasy 14 console players will have early access to the PS4 version three days before its official launch on April 14. Fans should beware, though – once you transfer the MMO’s data to the PS4 version, that’s it. YourPS3 version will be deactivated and the ability to play on two consoles will require you to purchase an addition copy of the game.

Also be aware that this free upgrade is exclusively available for those that have purchased the PS3 version of the game. New players who plan on taking their first cracks at Final Fantasy 14 will have to purchase a brand new copy of the game. Players in doubt had the ability to test out the new version of the Final Fantasy 14: A Realm Reborn until the 3rd of March, and player feedback was mostly positive. Whether or not shedding out $60 for buying the PS4 version of the game is a worthwhile investment or not is entirely up to you. If you’re a Final Fantasy fan though, you should definitely consider the title. If not, you might be better suited with alternatives such as the Elder Scrolls Online, which is also coming to the PS4 and the Xbox One.

Old-school gamer with a cheeky tongue that gets me in trouble. When I'm not playing games, I'm writing about them, preferably in the vicinity of a fridge! Oh, and if you're a Justin Bieber fan, I'm afraid we can't be friends!
Previous Everquest Next Landmark development plan revealed
Next Risen 3: Titan Lords officially announced