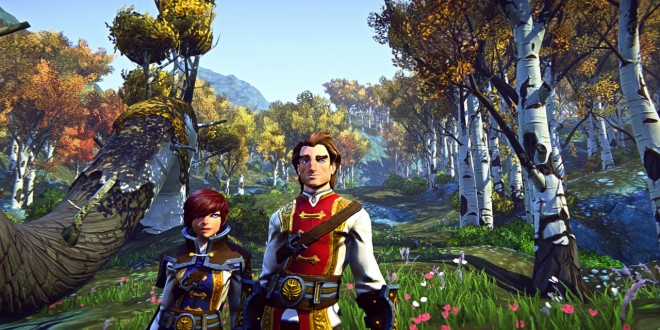 The business strategy for Sony Online Entertainment’s upcoming MMORPG, EverQuest Next Landmark has been outlined on their forums. While Sony has been struggling with layoffs as of late, its online entertainment business continues to shine, especially given the success of its newest console, the PS4. Dave Georgeson, director of development, defined the five phases of development for SOE’s ambitious new title, as follows:

Georgeson went on further to say: “There will be additions/subtractions from this plan as we go, but we strongly believe that we can support the game well in these positive manners without compromising the game’s balance, economy, or fun. After all, we’re playing the same game that you’re playing and we all want it to be fun.”

Landmark is currently in alpha testing and is expected to arrive sometime in 2015. Everquest: Landmark also aism to satisfy the needs and expectations of past Everquest fans, as well as bring in some new players to the popular franchise. It seems there are multiple MMORPGs to choose from in the coming future.

Old-school gamer with a cheeky tongue that gets me in trouble. When I'm not playing games, I'm writing about them, preferably in the vicinity of a fridge! Oh, and if you're a Justin Bieber fan, I'm afraid we can't be friends!
Previous The latest Xbox One update brings Titanfall support and other enhancements
Next Final Fantasy 14 PS4 Transfers Begin in April