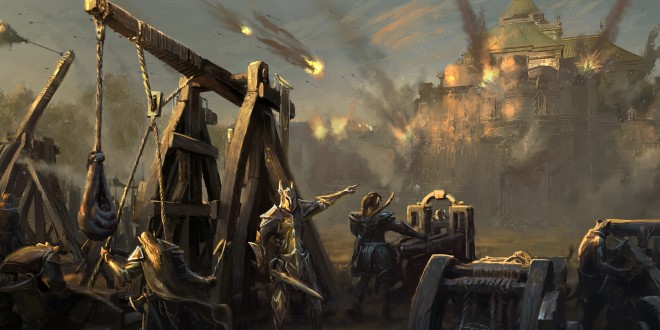 The long, seemingly never-ending wait is drawing to a close, as the 4th of April is closing in and Bethesda and Zenimax are getting ready to release the highly anticipated MMORPG, Elder Scrolls Online. While the official launch date is set for the 4th of April, those who have pre-ordered the game will be receiving access a few days earlier. Here are the launch dates and hours for Elder Scrolls Online’s launch, based on location and pre-order options:

Keep in mind that these are the launch dates and time frames for the PC version of the game. Elder Scrolls Online will be coming to next-gen consoles slightly later. The PS4 and Xbox One versions of ESO are scheduled for release sometime in June, but the date hasn’t been officially announced by Zenimax or Bethesda. The developers still have to iron out some aspects of the user interface for the console versions, ensuring the same level of quality and gameplay on all platforms. Elder Scrolls Online will be running mega-servers, which means that players will be able to interact on a much greater scale. The PC version of the game is getting separate mega-servers than the PS4 and Xbox One versions, so if you want to play with friends, make sure you get the same versions of the game.

Lastly, it’s important to note that Elder Scrolls Online won’t require a Playstation Plus subscription on the PS4, but will require users to be registered for Xbox Live on the Xbox One. The game can still be picked up as a pre-order, so if you want early access to Elder Scrolls Online and the benefits that come along with pre-ordering, you’d best hurry up!

Old-school gamer with a cheeky tongue that gets me in trouble. When I'm not playing games, I'm writing about them, preferably in the vicinity of a fridge! Oh, and if you're a Justin Bieber fan, I'm afraid we can't be friends!
Previous Wait bro :)
Next Watch Dogs developing Ubisoft team praises the PS4