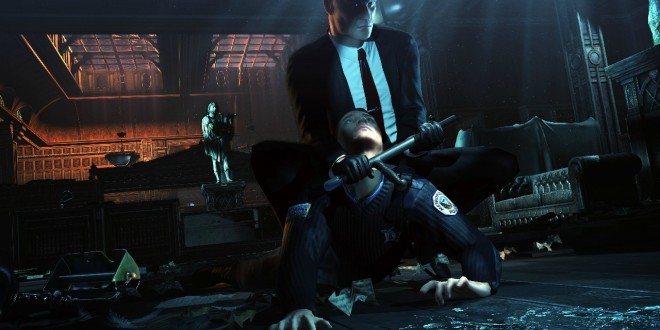 PS Plus vs Games with Gold – April Free Games

April is here (no joke, really), and with it come some new titles for Playstation Plus subscribers, as well as Xbox Games with Gold members. Up until now, the Playstation Plus offerings pretty much stomped anything Microsoft has been offering, but this month, both consoles give out some decent enough games. In fact, this month, Sony wasn’t generous at all, and the PS Plus line-up for April seems to be rather weak.

This is a side-scrolling shooter with some Borderlands elements mixed together. If it seems like a disappointing title, well, it honestly is. Not that Mercenary Kings is a bad game, it’s just that users bought PS4 consoles for next-gen games, so offering a 2D side-scroller isn’t the best way to satisfy a crowd that’s craving for content of high quality. Still, give the game a go, it’s worth the time ultimately.

PS3 owners have it a bit better, with Arkham Origins on the table. While not the best title in the series (actually, it’s the weakest), Arkham Origins still manages to offer quality entertainment, at least when your progression isn’t blocked by numerous bugs. It’s a good game, not a great game, but if bugs bother you, don’t expect Warner Bros. to be fixing them anymore. It’s free though, so play it, if not for any other reason than to prepare for the upcoming Batman: Arkham Knight

A nice offering from Microsoft, Hitman: Absolution is a solid game in its own right, even if it wasn’t the most popular Hitman title among fans of the series. Absolution offers a nicely-paced action/stealth game, so pick it up and enjoy. It’s nice to see Microsoft stepping up its game!

Zombies, but presented in an entirely different manner! That’s what Deadlight offers, and while this is also a side-scrolling game, it’s a much better offering than Mercenary Kings. It’s a really great game that, despite being somewhat linear, manages to look great. Give it a go!

What did you think of April’s line-up? Do you prefer the PS Plus or the Games with Gold line-up?

Old-school gamer with a cheeky tongue that gets me in trouble. When I'm not playing games, I'm writing about them, preferably in the vicinity of a fridge! Oh, and if you're a Justin Bieber fan, I'm afraid we can't be friends!
Previous HTC One M8 vs Apple iPhone 5s vs Samsung Glaxy S5 – Comparing prices
Next Nokia Lumia 1020 vs Nokia Lumia 1520 – Battle of cameras, prices and specs