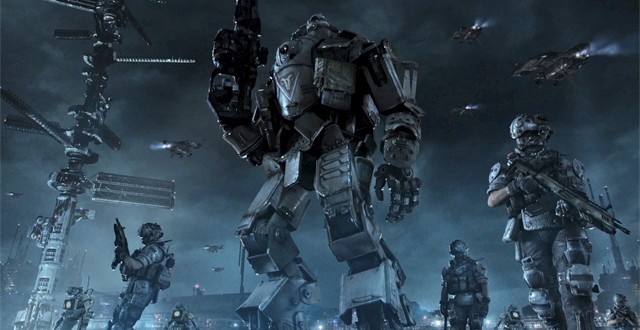 We have learned at Pax East earlier this month that the Titanfall Expedition DLC will feature three new maps: Swampland, Runoff and War Games. Respawn Entertainment has recently revealed more information about War Games, created with a “parkour playground” concept in mind. The new map is based on a virtual world and has Pilots competing in the simulated environments of Angel City, Rise and Airbase Sierra.

The IMC (Interstellar Manufacturing Corporation) start in an Airbase-style structure that features working Marvins, as well as a tank repair garage. Respawn also mentions that the map will be “glitching out” in some areas to remind players that they are fighting in a virtual simulator. On the other side, the Militia’s starting location is based on Angel City but with a night time twist to it. Rooftop and window-to-window fighting will be essential here. The location’s hardpoint is situated on the bottom floor of a two-story shop only accessible to Pilots and the AI. The middle tower is based off Rise and features small interior rooms connected by a very tight, high wallrun path that can also be used as a shortcut across the map’s center.

War Games uses wallrun paths that stretch across long distances and are found throughout the map to encourage players to try out this new way of traversing maps. Clutter-free paintball style fields are found on the outskirts of the level and make enemies easier to spot. Titan spawn points push players into these spots and they also allow flanking Titans to move through the center of the map. Designer Jason McCord mentions as a final note that “War Games is one of our most wallrunning friendly maps with a fun visual hook and plenty of space for Titans to engage in large scale battles.”

War Games is one of the three maps coming with the Titanfall DLC Expedition that will be released in May. Expedition is part of the Titanfall season pass that can be purchased for $25, but each map can also be bought separately for $10. Little is known about the other two maps that will be coming with Expedition but we assume that Respawn plans to give players more details before the DLC comes out. Aside from the new map pack there are a few more things to look forward to in the near future, like the 2v2 Last Titan Standing mode that will be coming in a future free update. New Burn Cards, customization options and competitive player rankings are also said to be coming to Titanfall at some point.

I’m Load The Game’s co-founder and community manager, and whenever I’m not answering questions on social media platforms, I spend my time digging up the latest news and rumors and writing them up. That’s not to say I’m all work and no fun, not at all. If my spare time allows it, I like to engage in some good old fashioned online carnage. If it’s an MMO with swords and lots of PvP, I’m most likely in it. Oh, and if you’re looking to pick a fight in Tekken or Mortal Kombat, I’ll be more than happy to assist! Connect with me by email markjudge (@) loadthegame.com only
@@MarkJudgeLTG
Previous Graphene made in a kitchen blender leads to transparent devices
Next Dragon Age: Inquisition class descriptions and new screenshots 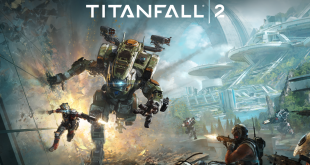