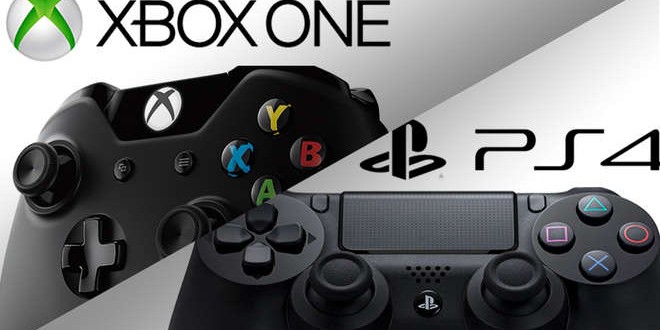 The console wars officially began last November when both platforms were released. The PlayStation 4 came out on the 15th while the Xbox One launched on the 22nd. While one could argue that the PS4 had a one week advantage over the Xbox One ultimately the difference should be negligible, 7 days isn’t much to look at. But enough about that, we’re here to discuss sales figures so let’s get on it.

Sony announced a few days ago that they’ve sold more than seven million units as of April 6, 2014 which is more than the company originally anticipated. Sony stated at the end of September 2013 that Play Station 4 sales are expected to reach 5 million by the end of March 2014. The PS4 game sales were equally impressive, with more than 20.5 million copies sold as of April 13. Sony also revealed that there will be about 120 PS4 games available by the end of the year, including upcoming titles. Andrew House, President and Group CEO of Sony Entertainment made the following statement about the sales:

“The response from the global gaming community for PS4 has been overwhelming and we are truly humbled that gamers are selecting PS4 as their next generation console of choice” while also adding that “The PS4 journey has just begun, and although we are still facing difficulties keeping up with the strong demand worldwide, we remain steadfast in our commitment to meet the needs of our customers, and surpassing the wildest expectations of gamers by delivering new user experiences that inspire and engage. We look forward to unveiling many of these experiences to our fans in the coming months.”

Microsoft have made an announcement as well, just a day after Sony I might add. It seems that up until now the Xbox One sold more than 5 million units. However, this represents the number of units shipped to retailers, not necessarily the number of consoles bought by users. On December 31, 2013 Microsoft announced that the Xbox One had crossed the 3 million milestone so maybe they actually managed to squeeze in another 2 million by now.

Microsoft also states that around 311.000 Xbox One consoles were sold last month just in the U.S. This is most likely thanks to Titanfall which was released on March 11 and was last month’s number one selling game. Xbox One and Xbox 360 combined sold a total of 4.1 million games in March, the number representing about 49% of the total software market share.

Pretty much all of the Xbox One sales figures were affected by the release of Titanfall. The console made a bit of a comeback last month but I’m guessing they still need a good number of exclusives to really get back into the fight. Only time will tell if Microsoft has what it takes to go neck and neck with Sony but for now chances are slim. Overall the PS4 is clearly dominating sales-wise and will probably continue to do so for the foreseeable future.

I’m Load The Game’s co-founder and community manager, and whenever I’m not answering questions on social media platforms, I spend my time digging up the latest news and rumors and writing them up. That’s not to say I’m all work and no fun, not at all. If my spare time allows it, I like to engage in some good old fashioned online carnage. If it’s an MMO with swords and lots of PvP, I’m most likely in it. Oh, and if you’re looking to pick a fight in Tekken or Mortal Kombat, I’ll be more than happy to assist! Connect with me by email markjudge (@) loadthegame.com only
@@MarkJudgeLTG
Previous Tomb Raider – Definitive on the PS4, not so much on the Xbox One
Next The Banner Saga Review