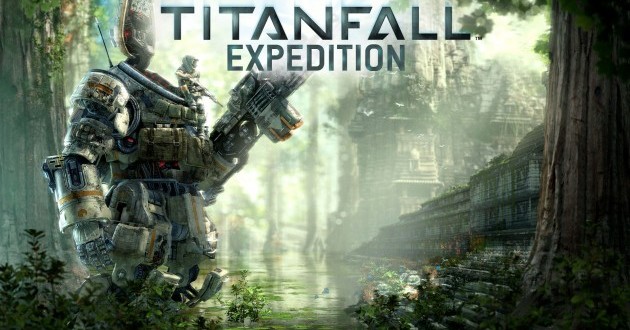 Respawn Entertainment announced at Pax East today that the first piece of downloadable content for TItanfall will be coming out in May. The upcoming DLC, called Expedition will feature three new maps that take place after the campaign mode.

The map pack featuring Swampland, Runoff and Wargames will be included in the Titanfall DLC Season pass. The pass costs $25 and gives you access to Expedition, as well as the next two DLCs if you happen to purchase it. Respwan hasn’t mentioned yet how much Expedition will cost on its own.  We assume to be somewhere around $10 considering an announcement they’ve made earlier this month.

Today at Pax the studio also mentioned that a 2v2 Last Titan Standing mode will also be arriving to the game in an upcoming free update. More plans for the future of Titanfall include new Burn Cards, customization options, competitive player rankings and possibly even a single-player mode.

It would seem that Respwan has taken into consideration all the requests for new content they got from players. A good example being the patch that was released on the 10th of April which added a Private Match mode, a feature that was severely lacking from the game.

It looks like more and more content will be added to Titanfall. On the other hand it makes me wonder if they made the right call releasing the game in a state that is clearly missing some key features. However, they do seem to be improving it by constantly adding new stuff so that’s always nice to see. Stay tuned for more updates on Titanfall and other news from Pax East.

I’m Load The Game’s co-founder and community manager, and whenever I’m not answering questions on social media platforms, I spend my time digging up the latest news and rumors and writing them up. That’s not to say I’m all work and no fun, not at all. If my spare time allows it, I like to engage in some good old fashioned online carnage. If it’s an MMO with swords and lots of PvP, I’m most likely in it. Oh, and if you’re looking to pick a fight in Tekken or Mortal Kombat, I’ll be more than happy to assist! Connect with me by email markjudge (@) loadthegame.com only
@@MarkJudgeLTG
Previous Sid Meier’s Civilization: Beyond Earth coming out this Fall
Next Samsung Galaxy Note 4 Launch in IFA Trade Show