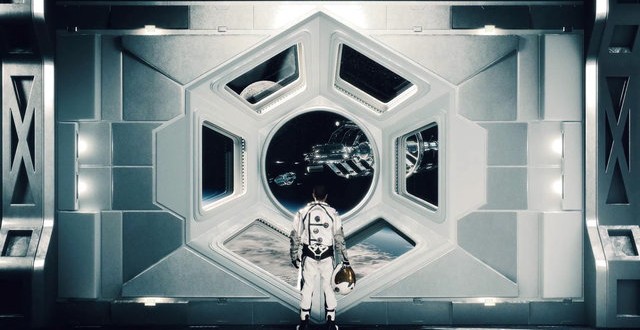 Sid Meier’s Civilization: Beyond Earth coming out this Fall

A lot has been happening already at Pax East but this has to be one of the biggest news we’ve heard so far. Firaxis has revealed their new AAA game and you guessed it, it’s a Sid Meier’s Civilization title. The next installment in the highly acclaimed turn-based strategy series is entitled ” Beyond Earth ” and looks to be a spiritual successor to Alpha Centauri.

The story is set in a grim and dark future where humanity has all but depleted its natural resources. Due to pollution and overpopulation the Earth has become little more than an inhospitable wasteland. Given the dire circumstances everyone feels it’s time to move on, but where? Space, of course.

Your mission in Beyond Earth will be to find and explore a new planet for us to colonize so it looks like humanity’s future will be in your hands, no pressure.  You won’t be going alone on this mission though, at the start of the game you get to build your own race and  choose the crew that will go on the expedition. Player choice is a very important factor in Beyond Earth, just like in any other Civ game. The decisions you make will have consequences on how society develops on the new planet, so choose wisely.

The Alpha Centauri influences will be visible throughout the game but at the end of the day it’s still a Civ title. Those who’ve played Civilization V will feel right at home in Beyond Earth says Will Miller, one of the lead designers.

“Will Miller: Yeah, the influence of Alpha Centauri will be apparent, but it’s in winks and nods—it’s an homage to that game—this game really is meant to be our version of the place that game sat when it came out. It’s our version of this idea of mankind in space, and we started with that perspective of the fiction and the narrative, and also of Civ V. Civ V has enjoyed a huge success. There are lots of parts of that game that people really like, and we’re building on the Civ V technology, so we took a lot of influences from that as well. If you’re a Civ V player, you’ll feel right at home.” 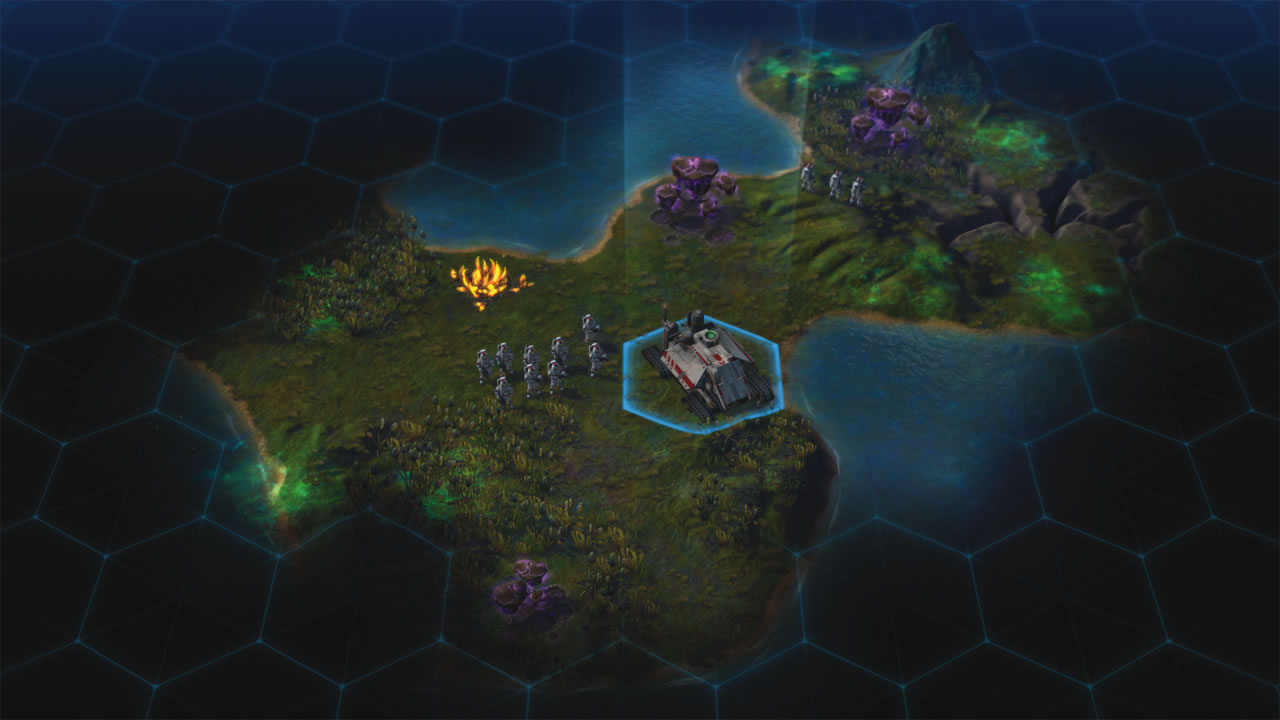 I really like the new direction Civilization is taking, Firaxis has already demonstrated what it can do with the franchise in a historical setting. It’s only natural that the series would want to evolve and this looks like it’s going to be the first step. David McDonough, the other lead designer for Beyond Earth had this to say about the future of Civilization.

“David McDonough: We have the greatest of all ambitions for it, that it will go on, that it’ll be a hit, and we’ll get to make more stuff for it. Who knows. We have a game to finish right now, we’ll worry about the future later. I think everybody in the studio is really excited to go here with Civ. We’re so good at making historic Civ. We’ve got it down to an absolute art. It’s been a breath of fresh air for us and the team to say ‘alright, let’s try something else, let’s take the Civ idea into the future’. This is our interpretation of that. Even if Beyond Earth comes out, and it’s good, and we never come back to it, it’s almost for our own selves, we’ve decided we can take Civ wherever we want to take it. Who knows where it’ll go from there. “ 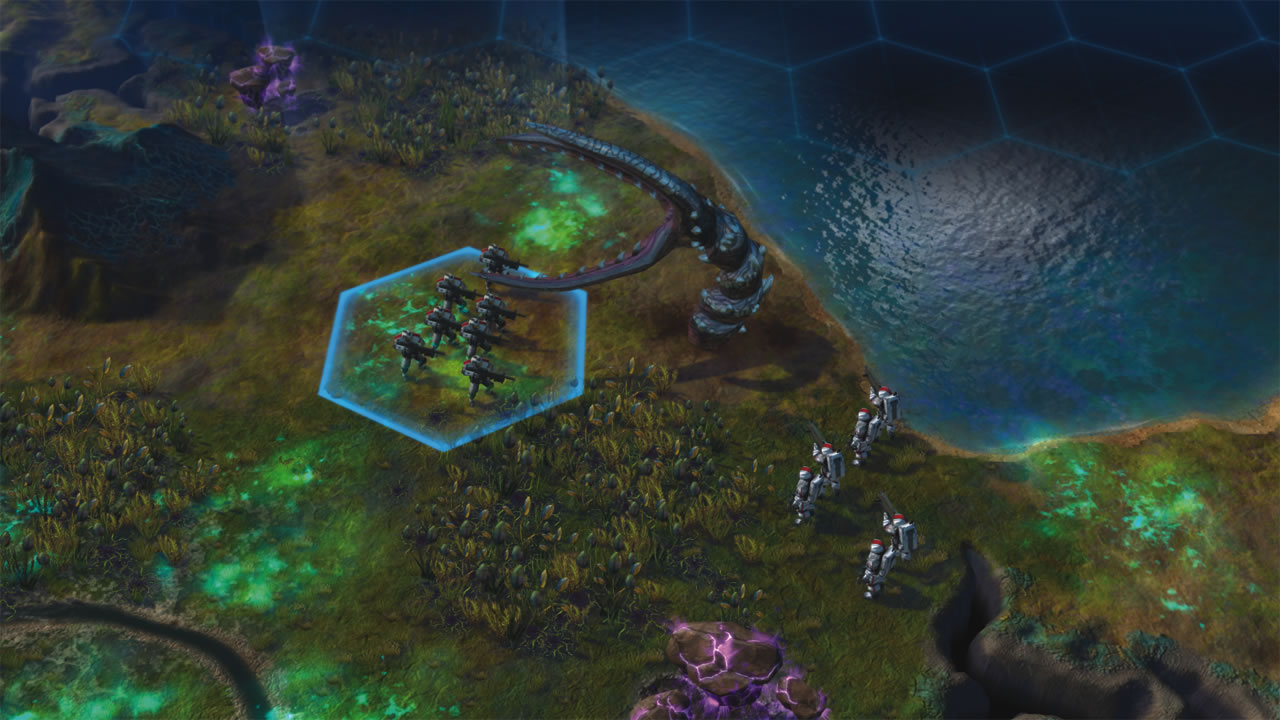 Civilization: Beyond Earth will be coming this fall on the PC and will be available for purchase for the price of $50 USD. If you want to know more about the upcoming title check out the lengthy interview with lead developers Will Miller and David McDonough on Pc Gamer.

I’m Load The Game’s co-founder and community manager, and whenever I’m not answering questions on social media platforms, I spend my time digging up the latest news and rumors and writing them up. That’s not to say I’m all work and no fun, not at all. If my spare time allows it, I like to engage in some good old fashioned online carnage. If it’s an MMO with swords and lots of PvP, I’m most likely in it. Oh, and if you’re looking to pick a fight in Tekken or Mortal Kombat, I’ll be more than happy to assist! Connect with me by email markjudge (@) loadthegame.com only
@@MarkJudgeLTG
Previous Amazon will compete with Apple and Samsung for the smartphone market
Next Titanfall Expedition DLC announced today at Pax East 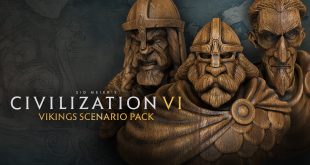