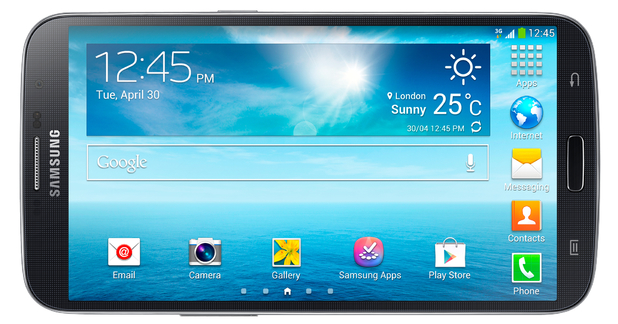 Just when you thought it couldn’t get bigger, here it is! The Samsung Galaxy Mega 7.0  (SM-T2558) is the newest tablet announced by Samsung, and it looks just like a smartphone. Or should we call it the other way around? The model code of the so-called phablet  shows that it’s designed to be a tab, but it is taller and thinner than the Galaxy Tab 4 7.0 and it only weights 245 grams. In comparison, the Tab 4 weights around 276 grams. If Samsung Galaxy Mega 6.3 seemed huge to you, then you should get your hands on this new tab. The device has just appeared in China but the Korean manufacturer has offered no information about the release date in the US, yet.

Samsung is already known for its large-sized screen passion and multi-windowed functions, so this phablet will definitely include already existing functions in its brother Samsung Galaxy Mega 6.3/5.8. It is also expected to be a voice-calling device but its entire configuration has not been revealed yet, as alterations might take place in the near future. Further information is expected before summer.

In the meantime, Samsung Galaxy Mega 5.8 and 6.3 are two other monstrous-sized smartphones that are expected to be released in May 27th and June 17th, along with brand new accessories for gaming and leisure. Some voices say that this smartphone might end up being the perfect device for gaming on the go. Therefore, rest assured, Samsung engineers are quite busy building new devices and hybrids every day, bringing the latest technologies into our hands, and while these are not all perfect, they are indeed “future-proof”.

I’m Load The Game’s co-founder and community manager, and whenever I’m not answering questions on social media platforms, I spend my time digging up the latest news and rumors and writing them up. That’s not to say I’m all work and no fun, not at all. If my spare time allows it, I like to engage in some good old fashioned online carnage. If it’s an MMO with swords and lots of PvP, I’m most likely in it. Oh, and if you’re looking to pick a fight in Tekken or Mortal Kombat, I’ll be more than happy to assist! Connect with me by email markjudge (@) loadthegame.com only
@@MarkJudgeLTG
Previous OnePlus One vs HTC One M8 – Will the underdog defeat the legend?
Next Facebook brings breaking news with FB Newswire