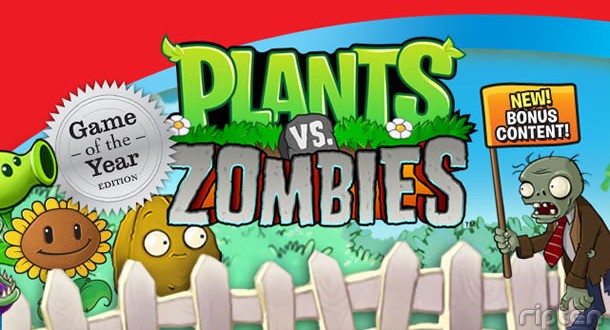 Plants vs Zombies is one of those games that has no business existing. Now,  the name is almost common place in the industry and is regarded as one of the most successful games despite it’s ludicrous concept. In 2009 PopCap games took the concept of Tower defense and gave it a – more than quirky spin – by having the player defend his home from the horde of – actually cute – zombies using plants; because obviously back in 2009 the first thing anyone thought of when thinking “anti-zombie weapon” was plants.

After a successful PC release on May 5th, 2009  the game found itself being ported to every single other platform. The game was so successful that it received a Free-to-play mobile Sequel  called Plants vs Zombies: It’s about time and a console spin off game Plants vs Zombies: Garden warfare.

The game itself features multiple game modes such as Single Player, Multiplayer and Adventure mode in which the player can earn money to spend at an in-game store to buy Seed Packs. The player starts with a limited number of seed pack types and seed pack slots that they can use during most levels. The number of slots can be increased through the aforementioned purchases.At the start of a level, the player is shown the various types of zombies to expect and given the opportunity to select which seed packs to take into the level. Several plants are nocturnal, such as mushrooms, having a lower sunlight cost, and are ideal for nighttime levels. Certain plants are highly effective against specific types of zombies, thus giving the game a surprisingly tactical feel.

The game is now available for free via EA’s digital distribution platform, Origin. It will stay free up until the 28th of May this year, so grab it while it’s hot. Origin works identically to steam, each customer having an individual account. Just search for the game Plants vs Zombies , hover over the free game with the mouse cursor and press Get it Now. Once this is done, the game will be permanently available on your account.

I’m Load The Game’s co-founder and community manager, and whenever I’m not answering questions on social media platforms, I spend my time digging up the latest news and rumors and writing them up. That’s not to say I’m all work and no fun, not at all. If my spare time allows it, I like to engage in some good old fashioned online carnage. If it’s an MMO with swords and lots of PvP, I’m most likely in it. Oh, and if you’re looking to pick a fight in Tekken or Mortal Kombat, I’ll be more than happy to assist! Connect with me by email markjudge (@) loadthegame.com only
@@MarkJudgeLTG
Previous The Elder Scrolls Online delay confirmed
Next Minecraft for current-gen still limited