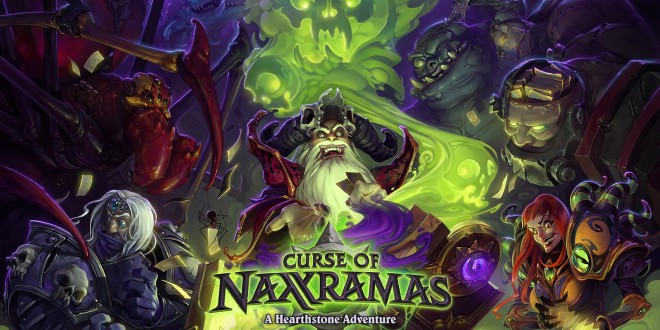 A number of Chinese websites reported on an image which seemed to contain the pricing for Hearthstone’s first expansion, The Curse of Naxxramas. Up until now, Blizzard has not revealed how the new content will be accessed and how much it will cost, so this may be the first look at the raw numbers. Before you get pumped up, remember that this is a rumor and every information contained in the leak is unconfirmed. With that in mind, let’s see what the fuss is all about.

The image (posted below, and translated by Hearthpwn) reveals the pricing and what each tier of the expansion will include. The first part of The Curse of Naxxramas, called Arachnid Quarter, will be free to everyone, and will include three bosses and four new cards. The second part, Plague Quarter has the same amount of content, but it is priced at 500 gold, or $9. This is where it all starts to seem a bit implausible, because each new tier from the third to the fifth is 500 gold more, or $9 more than the last. The Construct Quarter with four bosses and six cards costs 1,000 gold or $18, The Military Quarter with three bosses and five cards costs 1,500 gold or $27, and finally the Frostwyrm Lair with two bosses and six cards costs 2,000 gold or $36. Add all these prices up and we have a very expensive expansion for a free-to-play game: 5,000 gold or about $90.

The price seems to be a bit high, but the interpretation of the image may be a bit off. The prices might suggest that you can buy each tier for 500 gold or 9$, and the prices shown reflect what it would cost if you bought directly into the higher tiers, which should include all the others below it. The community isn’t very happy with that $90 price tag, but this leak could help Blizzard figure out what to ask for Hearthstone’s expansions in the future.

Blizzard’s official response was: “We haven’t announced anything just yet regarding pricing for Naxx. Once we have details to share, we’ll discuss them on official channels.”, via community manager’s Christina Sims Twitter account.

Hearthstone The Curse of Naxxramas will be out sometime this year.

Old-school gamer with a cheeky tongue that gets me in trouble. When I'm not playing games, I'm writing about them, preferably in the vicinity of a fridge! Oh, and if you're a Justin Bieber fan, I'm afraid we can't be friends!
Previous Samsung Galaxy Tab S 10.5 Revealed
Next Six Japanese PlayStation One games coming to US PSN