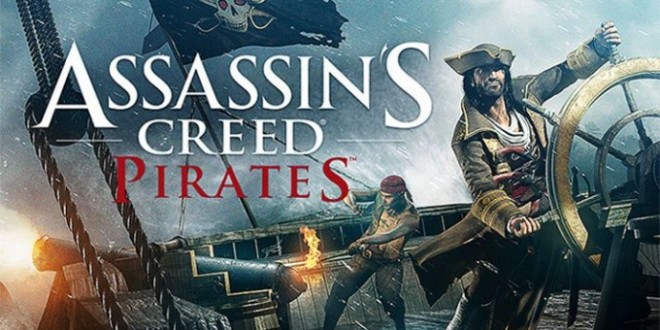 Assassin’s Creed Pirates is a mobile spin-off for the series, featuring naval based gameplay. The game released in December of last year for $4.99 on mobile platforms, and now Ubisoft and Microsoft have partnered up to bring the game to Internet Explorer.

Although this is not the full Assassin’s Creed Pirates experience, the purpose of this version is to prove the power of Babylon.js and what can be done in terms of gaming in the web space. This is a Microsoft incentive that aims to promote Internet Explorer, and also a competition for wannabe web game developers. Anyone who can modify the shader of the Assassin’s Creed pirates ship can participate in a competition for a chance to win an Xbox One and a copy of Assassin’s Creed IV: Black Flag Black Chest Edition.

Right now, you can try the game following this link. The game is playable via mouse and keyboard or a touch interface, so it does not matter if you play this on your PC or Windows tablet. The game runs under WebGL, meaning that it should run on mostly any device that supports the technology.

As both companies stated, this is only a test, and does not mean that we will get a full Assassin’s Creed Pirates release in browser. The game seems to do rather good in terms of sales on iOS and Android, and it will probably attract some more sales after this browser demo.

This is not the first time that Microsoft pulls a stunt like this. Last year, in October, the company announced the remake of Hover on IE, a popular 90s game. It seems that Internet Explorer is loosing ground fast in terms of user base, with browsers like Chrome and Firefox dominating the charts, so Microsoft is trying to do everything it can to keep it relevant. We’ll see if it can succeed in the months and years to come.

Old-school gamer with a cheeky tongue that gets me in trouble. When I'm not playing games, I'm writing about them, preferably in the vicinity of a fridge! Oh, and if you're a Justin Bieber fan, I'm afraid we can't be friends!
Previous Worms Battlegrounds releasing at the end of May
Next Batman: Arkham Knight – Gameplay Trailer