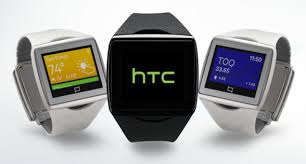 HTC is working on One Wear Smartwatch

HTC is rumored to be working on a line of smartwatches, thus joining the likes of LG and Samsung. As wearable technology grows more popular by the day, it would be a shame to stay behind. In order to keep that from happening, HTC decided to develop their own wearable device, namely a smartwatch called One Wear. According to rumors, the One Wear smartwatch will be quite similar to the Moto 360, having a circular design and it might be launched sometime this fall. Rumors also suggest that the device will be available in two variants, polycarbonate and metal. Though nothing is certain yet, because Cher Wang, HTC’s chairwoman, declined to release further details, like the name, the design or the price of their smartwatch. She did admit HTC is working on a line of smartwatches, which will probably be released later this year.

Besides the rumors about HTC working on wearable devices, the company was also listed by Google as one of its main partners in the Android Wear project. Android Wear is the adapted version of Google’s mobile operating system, specially designed to work on smartwatches with companies like LG and Motorola. HTC’s first smartwatch, presumably called One Wear, is said to follow Samsung’s footsteps and come in two versions, polycarbonate and metal. Samsung recently launched its two new smartwatches, the Gear 2 and the Gear 2 Neo, made from metal and polycarbonate, respectively.

“Many years ago we started looking at smartwatches and wearables, but we believe that we really have to solve the battery problems and the LCD light problems. These are customer-centric problems”, said Wang in an interview earlier this year.

As Cher Wang didn’t say much about their first smartwatch, we’ll have to rely on the numerous rumors surrounding the device. The fact that it will be similar to the Moto 360, featuring a circular design is the only hint we have about the smartwatch’s appearance. It seems HTC was also inspired by its rival company, Samsung, which also launched two variants of its Gear 2 smartwatch. We know very little about the One Wear, but we are certain that HTC is already working on their first wearable device and the that it will launch the smartwatch this fall, probably in early September, as a report suggested.

I’m Load The Game’s co-founder and community manager, and whenever I’m not answering questions on social media platforms, I spend my time digging up the latest news and rumors and writing them up. That’s not to say I’m all work and no fun, not at all. If my spare time allows it, I like to engage in some good old fashioned online carnage. If it’s an MMO with swords and lots of PvP, I’m most likely in it. Oh, and if you’re looking to pick a fight in Tekken or Mortal Kombat, I’ll be more than happy to assist! Connect with me by email markjudge (@) loadthegame.com only
@@MarkJudgeLTG
Previous Samsung Galaxy K Zoom launches in the UK
Next Acer announced the Android-based Liquid phones and three more devices