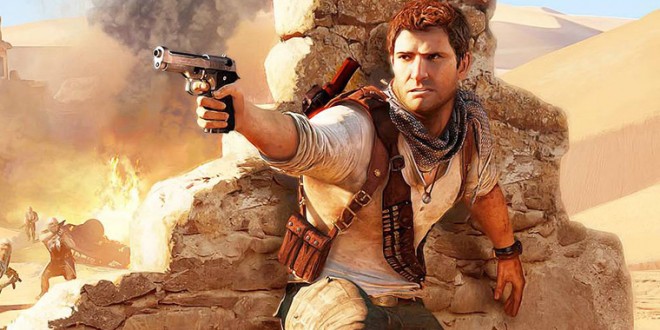 Most of us have already played the games in the Uncharted series and we can all say that they were very well-crafted games. A sequel to the series, as it has already been reported, is under development by Naughty Dog. Following the exciting trailer released for the game, the player community has been faced with the news that Todd Stashwick, the narrator of the trailer (who would have also portrayed a character), had been removed from the production team.

This was somewhat bad news, but on June 2, 2014 it has been announced that the game directors of The Last of Us, Neil Druckmann and Bruce Straley were asked to serve as series writers and creative designers. This was due to the recent departure of Amy Hennig, the former occupant of those titles. We may view this from multiple standpoints as this may not only represent a shift in nature of the game, but also improvement. As we may all know, The Last of Us was a bombastic console hit and sold over 6 million copies around the globe.

The storytelling was very well-constructed and the dramatic parts did not shy away as well. Druckmann and Stanley presented their true prowess throughout The Last of Us; the question is, can they also do this for Uncharted 4 without completely ruining its lore? The game is set to be released solely for the PlayStation 4, a fact that may damage sales. Xbox fans have not been too excited about this news, but the developers are confident that Uncharted 4 will do well. The trailer featured a sentence that may be added to this whole fiasco: Today you will be with me in paradise! Let’s just hope that Uncharted 4 will do half as well as The Last of Us did, and in such a way, the developers could call themselves victorious. Otherwise, it will be a one-way trip to Paradise.

The franchise, more precisely this particular new title, seems to have been castigated for quite some time now by unfortunate events such as the departure of game director Justin Richmond on March 27, 2014, the loss of the aforementioned voice actor and now the change in leadership of the project. As our hearts have already grown to the flamboyant TBS, we can only hope that no further plagues will follow.

I’m Load The Game’s co-founder and community manager, and whenever I’m not answering questions on social media platforms, I spend my time digging up the latest news and rumors and writing them up. That’s not to say I’m all work and no fun, not at all. If my spare time allows it, I like to engage in some good old fashioned online carnage. If it’s an MMO with swords and lots of PvP, I’m most likely in it. Oh, and if you’re looking to pick a fight in Tekken or Mortal Kombat, I’ll be more than happy to assist! Connect with me by email markjudge (@) loadthegame.com only
@@MarkJudgeLTG
Previous Guerrilla Games’ new IP wont be revealed at E3
Next Google launches Encrypted E-mails Chrome extension