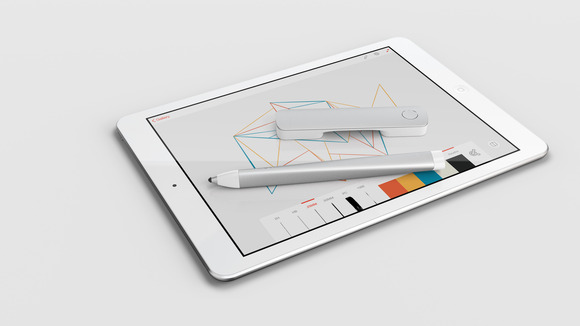 Adobe is trying its hand at hardware now it seems. The company just released a stylus and a ruler called the Ink and the Slide, which help customers on the go get the most out of Adobe’s Creative Cloud suite. To get both of them it will cost you$199. These are iPad only and you’ll have access to three new apps including Photoshop Mix, which has a lot of features from the desktop version of the program. They are really helpful if you’re a designer and if you want access to really well-made precise tools to use on the go with your iPad.

What’s interesting about the Slide ruler is that you can select from different libraries of shapes from an Adobe mobile app and that will come in handy for a lot of situations. For example, if you’re doing interior design mockups or if you’re planning an app. So it seems like they’re really thinking about a lot of different use cases here. It’s definitely something that you need to try out in order to understand how it works. But at least in theory it sounds pretty cool and again, this is Adobe’s first attempt at hardware and they managed to come up with something very interesting.

$200 is not cheap though so like many other Adobe products, this is not for amateurs as it’s aimed more at professionals.This price tag is the highest we’ve seen among similar products and unfortunately the company has bundled them together so you can’t buy them separately. The Ink and Slide work together with two new iPad apps called the Line and Sketch. These apps are free so at least Adobe isn’t asking you to spend even more money if you want to use their stylus and ruler. Stay tuned for all the latest news and updates.

I’m Load The Game’s co-founder and community manager, and whenever I’m not answering questions on social media platforms, I spend my time digging up the latest news and rumors and writing them up. That’s not to say I’m all work and no fun, not at all. If my spare time allows it, I like to engage in some good old fashioned online carnage. If it’s an MMO with swords and lots of PvP, I’m most likely in it. Oh, and if you’re looking to pick a fight in Tekken or Mortal Kombat, I’ll be more than happy to assist! Connect with me by email markjudge (@) loadthegame.com only
@@MarkJudgeLTG
Previous Rare Has New Games In Development
Next Team Fortress 2 Love and War update is now live