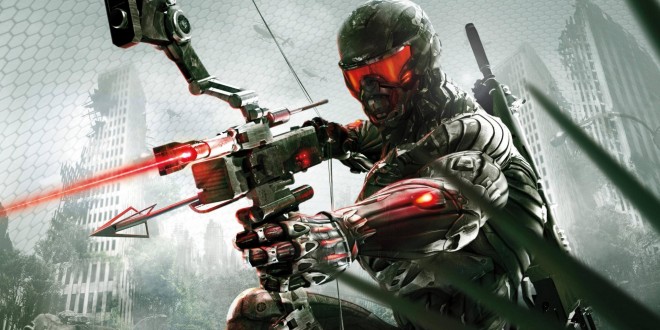 Crytek denies that the company is in financial difficulty

Crytek have moved to deny rumours that they are nearing bankruptcy. Speaking to Eurogamer a spokesperson for the company said: “”Regardless of what some media are reporting, mostly based on a recent article published by GameStar, the information in those reports and in the GameStar article itself are rumors which Crytek deny. We continue to focus on the development and publishing of our upcoming titles Homefront: The Revolution, Hunt: Horrors of the Gilded Age, Arena of Fate, and Warface, as well as providing ongoing support for our CryEngine and its licensees.”

The statement followed a recent report from GameStar which claimed Crytek was nearing bankruptcy. The story made it clear that in the process of a change in focus to free-to-play titles the company had encountered a number of problems. A source told the German site that: “‘The vultures are circling already. Companies like this have already started making offers to the most talented people at Crytek, to hire them away. Such a brain drain can become dangerous for any studio, even a financially stable one.”

Eurogamer has itself had numerous reports of staff going unpaid in both Bulgaria and the UK, with employees apparently speaking out about the state of affairs and the lack of communication from executives. However, both Eurogamer and GameStar say that investment has come into Crytek, saving it from any immediate trouble. Although it appears that the long-term future of the publisher is far from certain.

Two of Crytek’s latest games could be considered failures. Ryse: Son of Rome and Crysis 3 both had mixed critical receptions and sold well under expectations. They are currently working on Homefront: The Revolution and Hunt: Horrors of the Gilded Age, two titles which they showed off at this year’s E3. The company also relies on licensing its engine, CryEngine, to companies to gain income.

Freelance writer with a love for gaming. Have owned pretty much every console and handheld from the last 15 years. When I'm not writing about games, which I am most of the time, I tend to be reading, writing about sport, binge watching shows on Netflix...or playing the odd video game.
@nathanpgibson
Previous Why is Co-Op only coming in Assassin’s Creed Unity?
Next Microsoft offers 15GB free and more with OneDrive overhaul

Should Sony’s PS4 fear the Xbox One?

Ryse Son of Rome will not feature microtransactions on the PC

Ryse Son of Rome is preparing for its debut on the PC almost one year ...