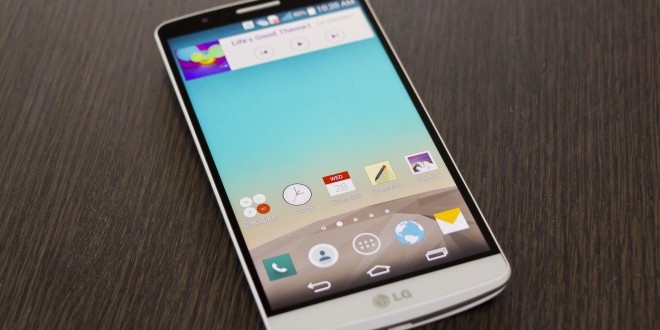 We know that the LG G3 mini is in the making and some leaks already gave us a rough idea on what to expect. A recently leaked cargo information provides us with new details about the G3 mini and it seems that is might fall short from what previous rumors were suggesting. The documents were published by and Indian export/import website called Zaubi  as “Detailed Import Data” of some packages sent from South Korea to Delhi. Codenamed LG D722, the LG G3 mini “Sample Phone” is listed for Rs. 13,051 which is approximately $217. The listing date is May 31, 2014 which is interestingly four days prior the launch of the LG G3. As we already knew from previous rumors, the G3 mini will boast a 4.5-inch display, which is 1-inch smaller than the flagships display and 0.2-inch smaller than the G2 mini’s.

The shipping record also reveals the internal specs of the G3 mini. According to this, it will come equipped with a Snapdragon 400 chip with a 1.2 Ghz quad-core processor.  It also lists that internal memory size of the LG G3 mini at 8GB, but offers no information about microSD support. Considering that the G2 mini offers microSD support for up to 32GB, we can expect at least the same from the G3 mini. The battery size is listed at 2100 mAh which is a bit smaller than the G2 mini’s 2440 mAh cell. Camera wise the G3 mini will ship with a 5MP sensor, which might be considered a bit lackluster by some even though it’s a mini. The document also reveals the price of the LG G3 mini at Rs. 13,501 (app. $217), it is unlikely that this will be its final price tag especially after taxes, but it shouldn’t be far either.

According to the shipping record the LG G3 mini can be considered a bit underpowered, especially since according to these specs, it will be inferior even to the G2 mini. Hopefully these aren’t the final specs of the device. Earlier rumors pointed to a stronger device and we hope that the G3 mini will come closer to those specs rather than these. The LG G3 is set for a July release in the U.S., it’s likely that the G3 mini won’t get a release earlier than October 2014.

Tech enthusiast and RPG gamer, I've been surrounded by technology and PC hardware my entire life. I'm fascinated by anything mobile, and when I'm not tinkering with some newly released gadget, I love to immerse myself in the epic tales of Role Playing Games.
Previous Samsung Galaxy S5 Sport now available through Sprint
Next iPhone Manufacturers Hiring Thousands To Prepare For iPhone 6 Production