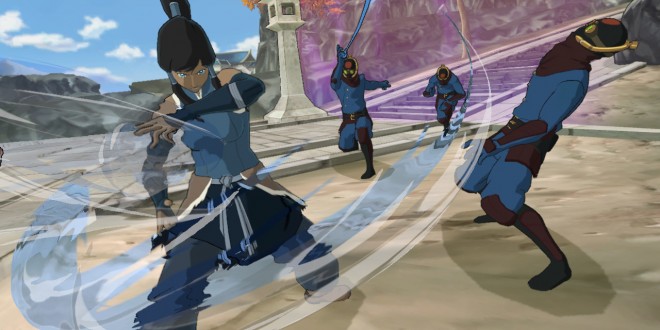 The Legend of Korra game being developed by Platinum Games

Platinum Games is working on a The Legend of Korra game according to publisher Activision. The new title will take place mostly in Republic City and is set between the second and third season of the hit animated show. It will see players employing lightning fast martial arts along with the mystical bending ability to defeat enemies. Tim Hedrick, one of the main writers behind the anime, is also penning the story for the game.

The Legend of Korra is a popular anime that is currently broadcast on Nickelodeon. It serves as a direct sequel to Avatar: The Last Airbender and first appeared on TV screens in 2012. The series, set 70 years after Avatar, follows the life of Korra who looks to bring stability to a modern world as she tackles challenges that include learning new forms of bending. Since its launch The Legend of Korra has been a huge success, garnering large audiences and winning numerous awards. It is now set to run for 52 episodes spread over 4 seasons.

Despite their short history, Platinum Games has already worked on a number of successful games. Their first title, MadWorld, was positively received and was one of the better third-party games released on the Nintendo Wii. They have since released Bayonetta, Vanquish, Anarchy Reigns, The Wonderful 101 and Metal Gear Rising: Revengeance. They are currently working on Bayonetta 2 exclusively for the Wii U and Scalebound for the Xbox One.

The Legend of Korra game will release as a download only title this fall on PlayStation 3, PlayStation 4, Xbox 360, Xbox One and PC. Publisher Activision also announced that a turn-based strategy game set in The Legend of Korra universe is also under development. Created by Webfoot Technologies it will release on the 3DS in the future, though no specific date has been given.

Freelance writer with a love for gaming. Have owned pretty much every console and handheld from the last 15 years. When I'm not writing about games, which I am most of the time, I tend to be reading, writing about sport, binge watching shows on Netflix...or playing the odd video game.
@nathanpgibson
Previous Oculus hits back at ZeniMax over lawsuit
Next inFamous: Second Son First Light DLC coming this August