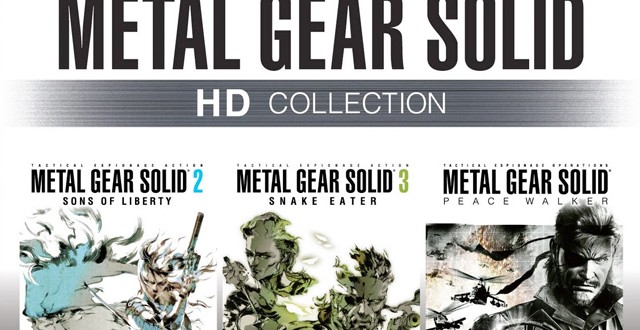 A petition asking Hideo Kojima for a PC version of Metal Gear Solid HD or Legacy surfaced online. Not only that, but Darren Schaat, the one who started the petition also hopes that he can persuade the legendary director to make the compilation available on Steam. He makes a couple of compelling arguments as to why the games should be ported over and I have to agree with most of them. Although a few Metal Gear Solid titles did launch on the PC, not all of them made it and this is something that should be remedied. The petition sounds something like this:

“Metal Gear Solid is a beloved game by many gaming enthusiasts. Valve, through the gaming platform Steam, has brought many beloved game titles back for gamers to appreciate and love for many, many more years. These are enduring game titles that have stood the test of time because they have shattered boundaries, spawned new genres of games, and redefined many of our preconceived concepts of what the gaming experience should be.  The game Metal Gear broke new ground and set its own genre of gaming that has been imitated over and over again throughout the years. However, it was Metal Gear Solid that set the standard for what we expect from a truly complete gaming experience. No other game at the time (and in many ways since) has been as captivating, challenging, and had as much intelligent game play design.

But what truly made Metal Gear Solid stand apart from all others was its ability to seamlessly integrate great storytelling into the game. All these components came together and gave us a unique and unforgettable gaming experience. PC game sales have steadily increased over the last several years according to a Tom’s Hardware article “Nvidia: Console Software Sales Flat, PC on the Rise“. PC games sales are projected to take over console gaming sales and possibly by as soon as the year 2014. There is little doubt in my mind that there are many others who would want, wait, and buy Metal Gear Solid for PC.”

A while back we reported that a similar petition for GTA 5 PC was attracting a lot of attention way before Rockstar’s E3 2014 announcement. I’m not saying that’s the reason why the company decided to port the game over to PC, but maybe it helped just a bit. It’s definitely a good idea and worth a shot so if you want Metal Gear Solid HD to come to Steam go here and sign the petition. Who knows, maybe these things actually work.

I’m Load The Game’s co-founder and community manager, and whenever I’m not answering questions on social media platforms, I spend my time digging up the latest news and rumors and writing them up. That’s not to say I’m all work and no fun, not at all. If my spare time allows it, I like to engage in some good old fashioned online carnage. If it’s an MMO with swords and lots of PvP, I’m most likely in it. Oh, and if you’re looking to pick a fight in Tekken or Mortal Kombat, I’ll be more than happy to assist! Connect with me by email markjudge (@) loadthegame.com only
@@MarkJudgeLTG
Previous European Commission issues new rules for free-to-play games
Next Call of Duty Advanced Warfare features upgradable exoskeletons