Breaking News
Home » NEWS » Star Citizen: Chris Roberts assures us that all the funds are used for development 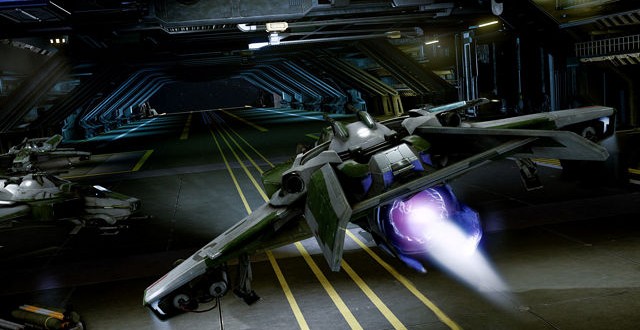 Star Citizen: Chris Roberts assures us that all the funds are used for development

Cloud Imperium Games’ Star Citizen is widely known as being the most successful crowd-funded title in gaming history. The record was set back in November 2012 when the game managed to raise over 4.2 million dollars in only about a month or so. But the fund raising campaign didn’t stop there however, and is still on-going to this day. As of this writing, Star Citizen managed to raise the impressive sum of almost $50 million. So naturally there are some concerns from backers as to whether or not the money is being put to good use given that only a small portion of the game was made available to them until now. In a recent interview with Gamespot, Cloud Imperium’s chief-in-command Chris Roberts talks about how these funds are being used for the on-going development of Star Citizen.

“So the extra level of funding is pretty great, because it’s allowing me to ramp up a bunch of stuff much sooner than I normally would have been able to,” Roberts says. “I’ll be able to deliver more features sooner in the cycle. Because originally, when I wanted to do this, I always wanted to make what Star Citizen is with all of these features…but I was being realistic about it. “We’re not going to have funding to do this. No publisher’s going to give us funding to do this,” I thought. “I’ll raise some money from crowdfunding to show how much people want it, and then I get investors to finish off the funding, and that’s going to get me to this sort of more bare-bones state.”

The legendary director also reveals that Star Citizen is still raising about $2 million a month without being promoted by the company. He anticipates that the game will reach somewhere between $80 and $100 million by the time it’s finished. Sounds like a lot of money, but Roberts assures us that “all of that extra money and funding goes to ensure that it really can be a full-blown AAA experience.” Obviously, even after the game is done Cloud Imperium still needs funds to support the servers and add new content, but he hopes that they’ll be able to do that with the money they make post release.

While $100 million sounds like a massive amount, Roberts reminds us that Star Wars: The Old Republic had something like $400 or $500 million. More recently, we’ve heard that Bungie’s Destiny also had a similar budget. At the end of the day, Star Citizen might not have the biggest budget ever, but it still is the most successful crowd-funded project of all time and a testament to what gamers can achieve when they put their wallets together.

I’m Load The Game’s co-founder and community manager, and whenever I’m not answering questions on social media platforms, I spend my time digging up the latest news and rumors and writing them up. That’s not to say I’m all work and no fun, not at all. If my spare time allows it, I like to engage in some good old fashioned online carnage. If it’s an MMO with swords and lots of PvP, I’m most likely in it. Oh, and if you’re looking to pick a fight in Tekken or Mortal Kombat, I’ll be more than happy to assist! Connect with me by email markjudge (@) loadthegame.com only
@@MarkJudgeLTG
Previous Fallout 4 didn’t show up at QuakeCon, but Doom certainly did
Next The Sims 4 will feature a Premium Membership option