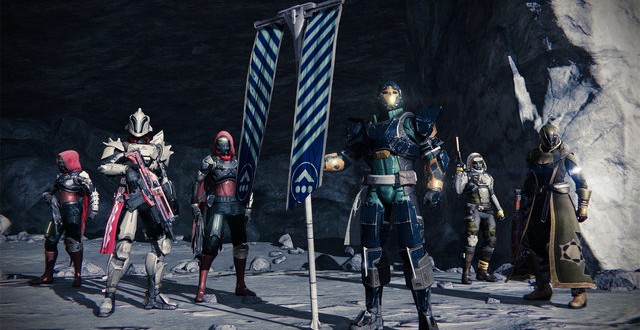 Destiny raids can only be played with friends

Bungie has revealed in an interview that raids in Destiny will only allow players to tackle them with their friends. Speaking to IGN, Luke Smith revealed that the raids will not have any matchmaking options like those in normal fireteam missions and competitive multiplayer. Instead, they can only be played with five people from your friends list. This is because the raids are designed to give each party member a specific role and be incredibly tough. They will also require plenty of teamwork for players to have any chance of beating them.

“The activity is going to take you and your group of five buddies into a place that you’ve never been,” said Smith. “A place that you will return to frequently. And demand of you things you’ve never even really been asked to do in a shooter before. I think Destiny’s endgame begins as soon as you see the way the story ends, as soon as you see the way we wrap up the sort of first piece of the adventure that we’re going to tell. We want to set you back out into the world to keep going. We want to try to align your motivations as the player with the motivations of the character who you’ve been pushing around this world. So for us I think a bunch of the endgame starts right at level 20.”

The raids will only be available to players after they reach level 20 and finish the main story according to Smith. They are part of multiple different ways that Bungie is hoping to extend the life of Destiny, and will take players past level 20. Other additional challenges and tasks to complete after the main story has finished will also play a large part of keeping players interested. These include weekly Nightfall missions, daily bounties and special story events that will unveil extra plot information.

Freelance writer with a love for gaming. Have owned pretty much every console and handheld from the last 15 years. When I'm not writing about games, which I am most of the time, I tend to be reading, writing about sport, binge watching shows on Netflix...or playing the odd video game.
@nathanpgibson
Previous Xbox One vs PS4: Sony sold three times more consoles than Microsoft in Q1 2014
Next iPhone 6 release date scheduled for October 14th according to a new rumor