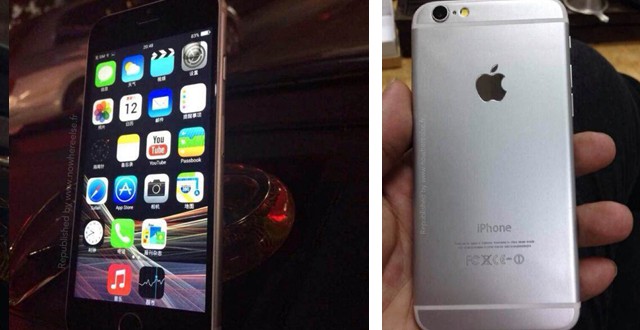 The general consensus is that Apple will officially announce the iPhone 6 in mid-September with a launch to follow at the end of the month. However, a recent report from MacRumors claims that this is not the case and the flagship will instead be launched Tuesday, October 14th. The report cites a source close to the matter who apparently heard this at an internal Apple Retail Store meeting. This source also mentions that the whole month of October will be a very busy one for Apple and its stores while October 14th will be a downright “immense” day for the Cupertino-based company. The iPhone 6 will be announced Tuesday, September 16th as part of a media event according to the source. There is no way of verifying the validity of any this information so we advise you to take this with a pinch of salt for now.

This new rumor contradicts previous reports claiming that Apple will release the iPhone 6 at the end of the month. One the other hand, the September 16th announcement date coincides with all the rumors saying that the flagship will be unveiled mid-September. I am inclined to believe that Apple will not launch the device in September to be honest as the Samsung Galaxy Note 4 will also be released during the same month if rumors are to be believed. The latest word on the street is that Samsung will launch the phablet earlier than anticipated in order to make up for the poor sales of the Galaxy S5. If Apple were to release the iPhone 6 during the same month then the device would stand a bit in the shadow of the Samsung Galaxy Note 4 and that is definitely not something they want.

No, Apple wants all the glory for themselves and don’t want people to be distracted by any other devices. So ultimately an October release would certainly make a lot of sense even though a lot of people want to get their hands on the handset sooner rather than later. Some websites have even started taking pre-orders and there is one in particular that stands out. Luxury manufacturer Brikk is offering a wide assortment of exquisite iPhone 6’s with prices ranging from $4.495 all the way to $8.395. Some of these models are made out of platinum while others feature a 24-carat gold body. For more information on the iPhone 6 Lux check out this article and stay tuned for more news.

I’m Load The Game’s co-founder and community manager, and whenever I’m not answering questions on social media platforms, I spend my time digging up the latest news and rumors and writing them up. That’s not to say I’m all work and no fun, not at all. If my spare time allows it, I like to engage in some good old fashioned online carnage. If it’s an MMO with swords and lots of PvP, I’m most likely in it. Oh, and if you’re looking to pick a fight in Tekken or Mortal Kombat, I’ll be more than happy to assist! Connect with me by email markjudge (@) loadthegame.com only
@@MarkJudgeLTG
Previous Destiny raids can only be played with friends
Next Final Fantasy 14: A Realm Reborn free for 14 days on the PC starting today