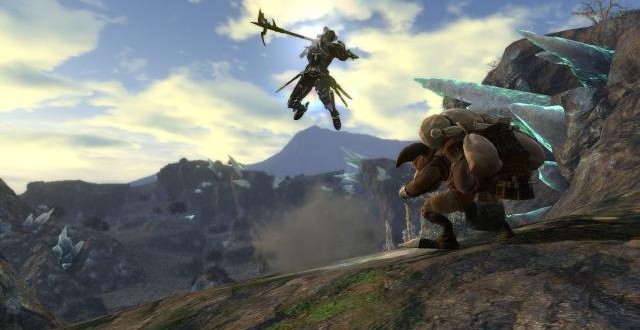 Final Fantasy 14: A Realm Reborn free for 14 days on the PC starting today

Square Enix announced that Final Fantasy 14: A Realm Reborn will become free for PC users starting later today. The trial will last for two full weeks and can be downloaded from here once it becomes available. FFXIV is a subscription-based MMO so this is a great opportunity to try out the game free of charge for a while. The trial will only allow you to progress until level 20 and there are some other limitations that will be revealed a bit later. The good news is that you will get to enjoy all the game’s content up to that level including the new one added with patch 2.3: Defenders of Eorzea. This patch arrived earlier this month and adds many new features to Final Fantasy 14: A Realm Reborn. The full list of additions can be seen below.

Aside from the trial, Square Enix also announced the “recruit a friend” program. This allows Final Fantasy 14: A Realm Reborn subscribers to gain rewards if they recruit a friend that subscribes for at least 30 days. The rewards include: 20% bonus XP for both you and your friend up until level 25, a free Aetherite Pendulum for you, and a draught Chocobo mount if your friend subscribes for more than 90 days. Last but not least, Square Enix also announced that the Final Fantasy 14: A Realm Reborn trial will not be made available for the PS4 or Xbox One. Stay tuned for more news and updates.

I’m Load The Game’s co-founder and community manager, and whenever I’m not answering questions on social media platforms, I spend my time digging up the latest news and rumors and writing them up. That’s not to say I’m all work and no fun, not at all. If my spare time allows it, I like to engage in some good old fashioned online carnage. If it’s an MMO with swords and lots of PvP, I’m most likely in it. Oh, and if you’re looking to pick a fight in Tekken or Mortal Kombat, I’ll be more than happy to assist! Connect with me by email markjudge (@) loadthegame.com only
@@MarkJudgeLTG
Previous iPhone 6 release date scheduled for October 14th according to a new rumor
Next New Metal Gear Solid 5: The Phantom Pain gameplay footage will be showcased at Gamescom