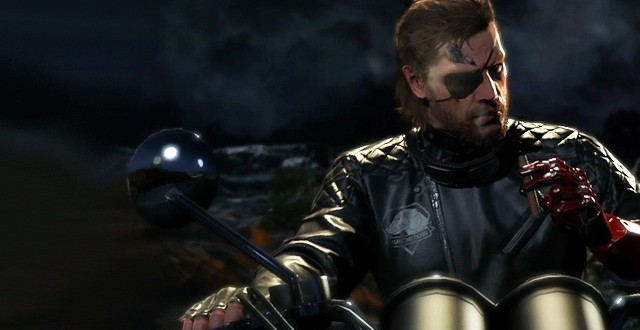 Konami revealed earlier this week that both Metal Gear Solid 5: The Phantom Pain and PES 2015 will be featured at this year’s Gamescom. This is pretty exciting news already, but it only gets better. Community Manager @ParodiSu announced today that there will be an event dedicated to the upcoming title at Gamescom in Cologne’s Musical Dome on August 13th. Su also revealed that director Hideo Kojima will be there to present brand new gameplay footage of Metal Gear Solid 5: The Phantom Pain. Furthermore, he will also also showcase the capabilities of the game’s Fox Engine.

Here are the main points: Hideo Kojima will present new game-play footage from #MGSVTPP, showcasing the powers of the Fox Engine!

“Hosted by videogame journalist and SPIKE TV host, Geoff Keighley, the large-scale event will take place at Cologne’s Musical Dome venue on August 13th. The 1600-capacity auditorium will play host to a special event focusing on the latest details KONAMI plans to reveal on Mr Kojima’s most ambitious METAL GEAR SOLID ever. Mr. Kojima himself will exclusively present new gameplay of METAL GEAR SOLID 5: THE PHANTOM PAIN, which will show the impressive capabilities of Kojima Productions’ breathtaking FOX Engine and more!”

Hideo Kojima will also host a Q&A session during the evening and there will apparently be a few surprises in store for MGS fans. Konami will stream the hour-long event on their Twitch channel for those of us who can’t make it to Gamescom this year. More information on ticket prices and availability will arrive soon. Gamescom is Europe’s largest gaming event and takes place during August 13-17 this year. Aside from Metal Gear Solid 5: The Phantom Pain, we’ll also hear more details about many other games including Mortal Kombat X, Bioware’s new horror title, and possibly even Platinum Games’ new Xbox One exclusive, Scalebound. This year’s show definitely sounds very exciting already and we’ll make sure to bring you coverage of the most important news so stay tuned.

I’m Load The Game’s co-founder and community manager, and whenever I’m not answering questions on social media platforms, I spend my time digging up the latest news and rumors and writing them up. That’s not to say I’m all work and no fun, not at all. If my spare time allows it, I like to engage in some good old fashioned online carnage. If it’s an MMO with swords and lots of PvP, I’m most likely in it. Oh, and if you’re looking to pick a fight in Tekken or Mortal Kombat, I’ll be more than happy to assist! Connect with me by email markjudge (@) loadthegame.com only
@@MarkJudgeLTG
Previous Final Fantasy 14: A Realm Reborn free for 14 days on the PC starting today
Next Revolv launches the long-awaited Android app