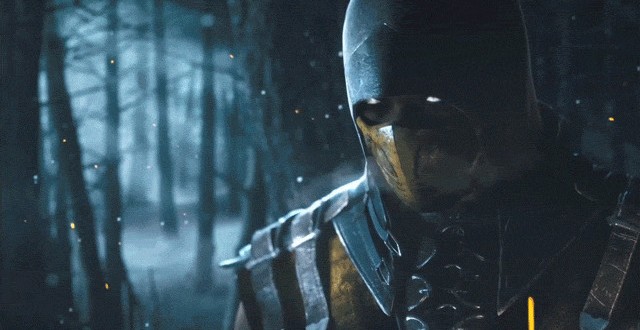 NetherRealm Studios Creative Director and Mortal Kombat X Co-Creator Ed Boon is known for often interacting with fans on social media, particularly on Twitter. He is also known for his sense of humor and for dropping hints about the game on occasion. This time around however Boon has been less that subtle in suggesting that more details about Mortal Kombat X will be revealed at Gamescom, which takes place in Cologne, Germany during 13-17 August. His exact statement, as seen in the tweet below was “I won’t play GAMES or try to COMpete with you.” Usually we get much more cryptic hints from mister Boon, but something easy doesn’t hurt from time to time either.

RT @MK_BigD @noobde When will we find .. new about MKX? Its been a while and no hints =( EB: I won't play GAMES or try to COMpete with you.

The director didn’t went on to say exactly what kind of details we should be expecting at Gamescom. But it’s pretty safe to assume that there might be an announcement regarding a new character, similar to how Raiden was announced at EVO 2014 earlier this month. Boon said a while back that guest characters for Mortal Kombat X are a strong possibility. He didn’t give any names, but he did say at one point that we shouldn’t expect anyone from Injustice or other DC heroes. “That was something that was embraced in Injustice and in Mortal Kombat. I think there’s a novelty to having a downloaded guest character, so, I think the chances are pretty high. I don’t think every single one of them will be a guest, but I think the chances of at least one of them will be pretty good,” Boon said in an interview.

There is also the possibility that NetherRealm will announce the release date of Mortal Kombat X at Gamescom. So far we only know that the game will release sometime next year, but we don’t even have a specific time window yet. Hopefully we’ll be in for a very pleasant surprise next month. Stay tuned for more news and updates.

I’m Load The Game’s co-founder and community manager, and whenever I’m not answering questions on social media platforms, I spend my time digging up the latest news and rumors and writing them up. That’s not to say I’m all work and no fun, not at all. If my spare time allows it, I like to engage in some good old fashioned online carnage. If it’s an MMO with swords and lots of PvP, I’m most likely in it. Oh, and if you’re looking to pick a fight in Tekken or Mortal Kombat, I’ll be more than happy to assist! Connect with me by email markjudge (@) loadthegame.com only
@@MarkJudgeLTG
Previous Google Nexus 5, 10, 7 and 4 will get Android L, Motorola and HTC working on two new Nexus models
Next Assassin’s Creed Comet might actually be called AC: Rogue