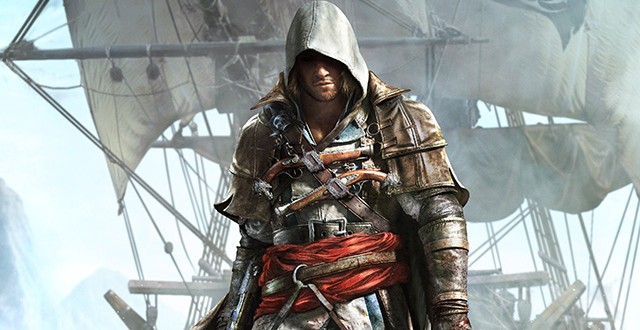 Soon after Assassin’s Creed Unity was announced a lot of last gen owners expressed disappointment that Ubisoft was only releasing their latest title on current gen consoles. Well, it was too late for the company to change their minds, but they did promise that Xbox 360 and PS3 owners have not been forgotten. Ubisoft later revealed that they had another AC title in the works and it was being developed exclusively for them. Rumors about this game have been circulating since March and word on the street is that it’s being called Assassin’s Creed Comet. The company didn’t confirm or deny this name, nor did they reveal anything else about it and just said that we can expect more details to arrive “soon“.

Meanwhile, a very strange listing surfaced on a Swiss retailer’s website and it seems to feature the highly anticipated last gen Assassin’s Creed title. However, the retailer lists the game as AC Rogue instead of AC Comet and they also list October 27th/October 28th as its release date. Coincidentally, October 28th is the very same day when Assassin’s Creed Unity will launch. It would make sense if Ubisoft would release both games on the same day, but I think that they would have made an announcement by now if that was the case. On the other hand, they might not want to slow down the Unity hype train by revealing another AC game so soon. But even more interesting is the placeholder image, which seems to feature Solid Snake from the Metal Gear Solid series for some unexplainable reason.

Last but not least, we naturally wonder about the title if this game . Well, this is actually a more fitting name as rumor has it that in the last gen Assassin’s Creed you’ll be playing as a Templar that goes by the name of Shay. Templars were always the main antagonists of the series so if this is true, you’ll in fact be playing a Templar that went rogue. The game will supposedly take place sometime around the year 1758 and you will get to sail the Atlantic Ocean and visit several locations, one of which will be New York. Aside from that, not much else is known about the game and we’ll have to wait for an announcement from Ubisoft to find out how much of this is true.

As for the listing, we advise you to take it with a grain of salt as it was removed since it was first spotted and no one knows the reason why. We’ll let you know as soon as we learn something else so stay tuned.

I’m Load The Game’s co-founder and community manager, and whenever I’m not answering questions on social media platforms, I spend my time digging up the latest news and rumors and writing them up. That’s not to say I’m all work and no fun, not at all. If my spare time allows it, I like to engage in some good old fashioned online carnage. If it’s an MMO with swords and lots of PvP, I’m most likely in it. Oh, and if you’re looking to pick a fight in Tekken or Mortal Kombat, I’ll be more than happy to assist! Connect with me by email markjudge (@) loadthegame.com only
@@MarkJudgeLTG
Previous Mortal Kombat X details will be revealed at Gamescom according to Ed Boon
Next F1 2014 revealed but won’t release on next generation consoles