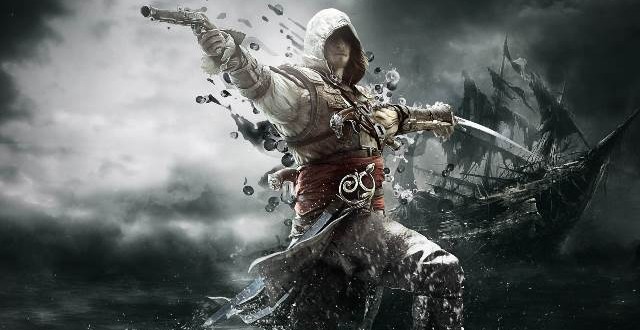 Ubisoft CEO Yves Guillemot revealed during an investor call today that details about the PS3 and Xbox 360 Assassin’s Creed game will be coming soon. He didn’t mention it by name, but this new installment is said to be called Assassin’s Creed Comet. When asked about this last-gen title Guillemot replied with: “We said that we were going to give more info soon on that, and it will come soon.” We’re not really sure what “soon” means to the company’s CEO, but at least it’s something to look forward to. This coincides with a an earlier statement made by Ubisoft’s Tony Key when asked about a possible PS3/Xbox 360 AC title.

“We haven’t forgotten about our loyal Assassin’s Creed fans on those systems. Assassin’s Creed has a ton of fans that don’t have a next-gen system so we’ll do out best to take care of them. As soon as we have something to talk about, we will. The idea that there are still millions of people playing on current gen is not lost on us.” The statement made by Guillemot today didn’t reveal anything new, but it does look like we should hear more about Assassin’s Creed Comet in the near future.

Now, the “Comet” subtitle wasn’t announced by Ubisoft so we don’t know if the game will actually be called that, nor do we know how true the rest of the details are, but at the moment it’s all we have to go on. It is said that Assassin’s Creed Comet will continue the nautical theme established by Assassin’s Creed IV: Black Flag. You will reportedly be able to sail along the Atlantic Ocean and even go to New York. The game takes place in the year 1758 and apparently you get to play a Templar that goes by the name of Shay. This last bit of info is particularly interesting given that Templars served as the main antagonists throughout the series. Most other details are unknown at this time, but this is enough to get a general idea about what Assassin’s Creed Comet is all about. IF these rumors are true that is.

There is no news whatsoever about a possible release date but we think it will probably only come out after Assassin’s Creed Unity releases, which is on October 28th. Announcing Assassin’s Creed Comet too early might pose a problem for people who own both current gen and next-gen consoles as both games will be exclusives so I’m guessing Ubisoft are not in a hurry to reveal the new title.

I’m Load The Game’s co-founder and community manager, and whenever I’m not answering questions on social media platforms, I spend my time digging up the latest news and rumors and writing them up. That’s not to say I’m all work and no fun, not at all. If my spare time allows it, I like to engage in some good old fashioned online carnage. If it’s an MMO with swords and lots of PvP, I’m most likely in it. Oh, and if you’re looking to pick a fight in Tekken or Mortal Kombat, I’ll be more than happy to assist! Connect with me by email markjudge (@) loadthegame.com only
@@MarkJudgeLTG
Previous Dishonored 2 leaked details suggest new protagonist
Next Sony reveals sales data for their recent PlayStation consoles