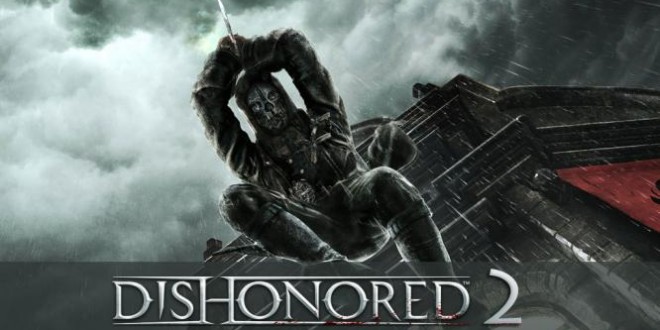 Arkane Studios’ Dishonored is hands down one of the best stealth action titles in recent memory. Released back in October 2012 for Xbox 360, PS3, and PC, Dishonored was considered by many to be the year’s best action-adventure game and one of the overall best games of 2012. Needless to say, hordes of gamers have been asking for a sequel and rumor has it that one is indeed currently in the works and was supposed to be revealed back at E3 2014. As we all know that didn’t happen, but we were able to find out some more details about Dishonored 2 nevertheless thanks to some recent leaks. These are just rumors for the time being and should be regarded as such so with that in mind the story goes something like this.

An insider who presumably knows a thing or two about the game’s development process spoke with Now Gamer and revealed that Arkane Studios is considering to replace Corvo with another protagonist. Emily Kaldwin, who was but a child in Dishonored is said to star as the main character in Dishonored 2. We assume she is not a child anymore by now, which means that the game will be set sometime after the events of the original. The article also mentions that Dishonored 2 will take place outside of Dunwall so we might end up playing on one of the other three islands: Tyvia, Morley, or Serkonos. Interestingly enough, there were rumors earlier this year about “Dishonored 2: Darkness of Tyvia” along with a picture saying an E3 2014 reveal was inbound.

Again, that didn’t happen so the image was either fake or there must have been a last minute change of plans. In any case, the prospect of seeing some other locations definitely sounds appealing. While these details sound interesting we have to note that apparently the insider learned all of this when the game was very early in development so we can expect that much has changed since then. This makes the leak somewhat less believable, but to be honest we don’t have much else to go on at the moment. Anyway, the leaker also said that Dishonored 2 is being developed by Arkane Lyon. This job listing reveals that the studio is currently looking for an Engine Programmer to work on PC, PS4, and Xbox One versions of an unnamed game.

Do you think this still unannounced game could be the highly anticipated Dishonored 2? I certainly hope so.

I’m Load The Game’s co-founder and community manager, and whenever I’m not answering questions on social media platforms, I spend my time digging up the latest news and rumors and writing them up. That’s not to say I’m all work and no fun, not at all. If my spare time allows it, I like to engage in some good old fashioned online carnage. If it’s an MMO with swords and lots of PvP, I’m most likely in it. Oh, and if you’re looking to pick a fight in Tekken or Mortal Kombat, I’ll be more than happy to assist! Connect with me by email markjudge (@) loadthegame.com only
@@MarkJudgeLTG
Previous Android 4.4.4 rolling out for DROID Maxx,DROID Ultra, DROID Mini
Next Assassin’s Creed Comet details will be arriving soon