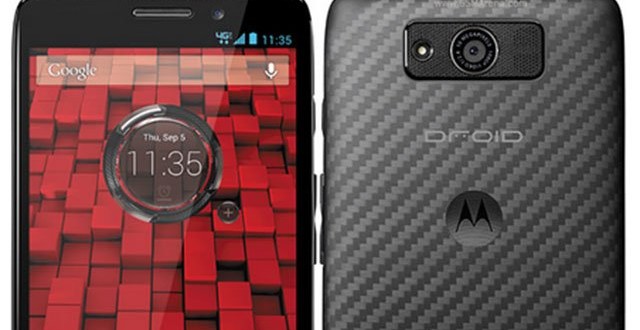 Motorola’s DROID Maxx, DROID Ultra, and DROID Mini will be skipping Android 4.4.3 KitKat in order to update to the latest version, Android 4.4.4 KitKat. Users who have registered for the Motorola Feedback Network can already see the over-the-air update arrive on their devices. If you happen to own one of the DROIDs but are not registered to the Network there’s no need to worry. You will still receive the update in due time, although it might take a few more days. In order to upgrade to Android 4.4.4 KitKat you will require 285 MB of free space and some 10 minutes of patience while it’s being installed.

Following the update, DROID Maxx, DROID Ultra, and DROID Mini will benefit from improved camera performance, which should translate into better picture quality. According to the change log, you should also notice that the Visual Voicemail underwent some changes and has been improved. DROID Maxx, Ultra, and Mini are Verizon-exclusive devices and as such Android 4.4.4 KitKat now offers compatibility with the ISIS mobile payment system. The update comes with a lot of security-related improvements, and stability fixes so there’s no much else in terms of new additions.

As we’ve already come to expect, Motorola users are among the first to receive the latest Android updates and this time was no different. Aside from DROID Maxx, Ultra, and Mini, Moto E, Moto G, and Moto X owners can also expect the update to arrive very soon. The only other devices to have upgraded to Android 4.4.4 KitKat until now are Nexuses and Google Play Editions, but more will follow in the coming months. HTC’s M7 and M8 models will likely be the next to receive it later this month or in August, but some of the other HTC devices might only see it around September.

Stay tuned for all the latest news and updates.

I’m Load The Game’s co-founder and community manager, and whenever I’m not answering questions on social media platforms, I spend my time digging up the latest news and rumors and writing them up. That’s not to say I’m all work and no fun, not at all. If my spare time allows it, I like to engage in some good old fashioned online carnage. If it’s an MMO with swords and lots of PvP, I’m most likely in it. Oh, and if you’re looking to pick a fight in Tekken or Mortal Kombat, I’ll be more than happy to assist! Connect with me by email markjudge (@) loadthegame.com only
@@MarkJudgeLTG
Previous Nokia Lumia 520 successor spotted in leaked images
Next Dishonored 2 leaked details suggest new protagonist