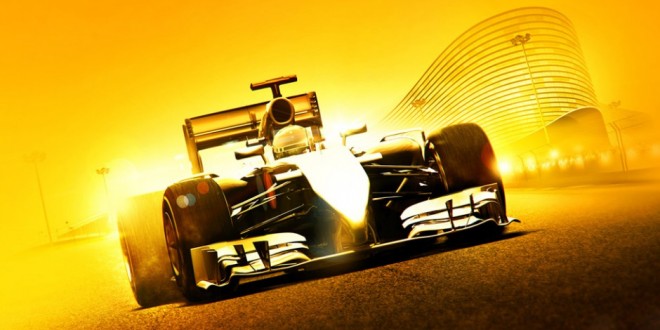 F1 2014 revealed but won’t release on next generation consoles

Codemasters has finally announced that F1 2014, the Formula One racing simulator, will be arriving October 17. The title will not be releasing on next generation consoles though; instead, it will only be available for Xbox 360, PlayStation and PC. The publisher has confirmed that all the changes to the current season, such as turbochargers, rule changes and brand new circuits are all featured in F1 2014. Also making an introduction is a brand new driver evaluation system that will test your skills as a driver and change the setting accordingly, giving players a fairer challenge and allowing rookie players to be competitive.

Other changes to the game from last year’s instalment include a new refined control scheme for those using controllers rather than racing steering wheels. Codemasters have also expanded the scenario mode and made significant changes to career mode to add more depth.  All of this has made F1 2014 a different game to its predecessors, with the publisher describing it as “an exciting and refreshingly different experience.”

While F1 2014 will not be arriving on the Xbox One and PlayStation 4, Codemasters did also reveal that they are working on a game for those consoles. The next entry in the series, F1 2015, is being designed specifically for next generation technology and will release earlier than usual. This suggests that it could arrive much closer to the start of the actual Formula One season. The publisher went on to say on their blog that F1 2015 would receive continuous digital updates, bringing any team, car and driver changes directly to the game.

Codemasters secured the rights to create Formula One games in 2009 and released their first game for the Nintendo Wii and PlayStation Portable in the same year. They went on to release a full console version in 2010 and have since released a version of the game for every season since. The franchise has been praised for its attention to detail and realistic racing physics, winning it awards including a Bafta.

Freelance writer with a love for gaming. Have owned pretty much every console and handheld from the last 15 years. When I'm not writing about games, which I am most of the time, I tend to be reading, writing about sport, binge watching shows on Netflix...or playing the odd video game.
@nathanpgibson
Previous Assassin’s Creed Comet might actually be called AC: Rogue
Next Xbox One vs PS4: Sony sold three times more consoles than Microsoft in Q1 2014

Project Cars: The classic racer with a new-gen touch

Codemasters announced today on their official blog that the PC version of Grid Autosport will ...