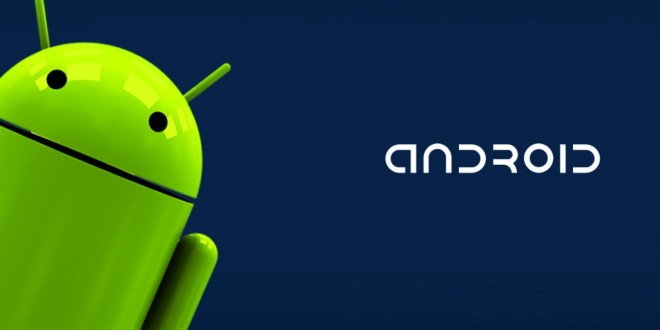 The Google Play store is swarming with Android games by the millions, from free to paid games that tickle our gaming senses. I’m very picky when it comes to games, and don’t like the hassle of credit card payments and the like, so I tend to try out a lot of free Android games until I find the ones I truly enjoy.

I’ve compiled a list of my favorite free Android games for you to check out, with puzzle games, adventures, jumping games and action games. These are the games I’ve played and re-played for the past two years either on my tablet or my phone. Some of the Android games I’ll be talking about are designed for phones, but I’ll mention that later. Others have a lot of IAPs or are demo versions, but they’re still worth a click.

This one is the first game I’ve ever called my favorite on Android. From the first moment I started playing, I fell in love. You can only find the demo version for free on the Play Store, but it’s well worth the $5 you have to pay for the full version. It’s also the only game I’ve paid for from all of the Android games I’ve found in the store. World of Goo is a building game where you employ balls of goo to do your building, to make up your structure and to interact with each other. The whole game has an indie ambiance surrounding you, with wonderful sound effects that are actually funny at times. It offers you a lot of game time and you can also compete in a global leaderboard. It’s a beautifully designed game that quickly becomes addictive thanks to its unnatural nature and fluid gameplay. 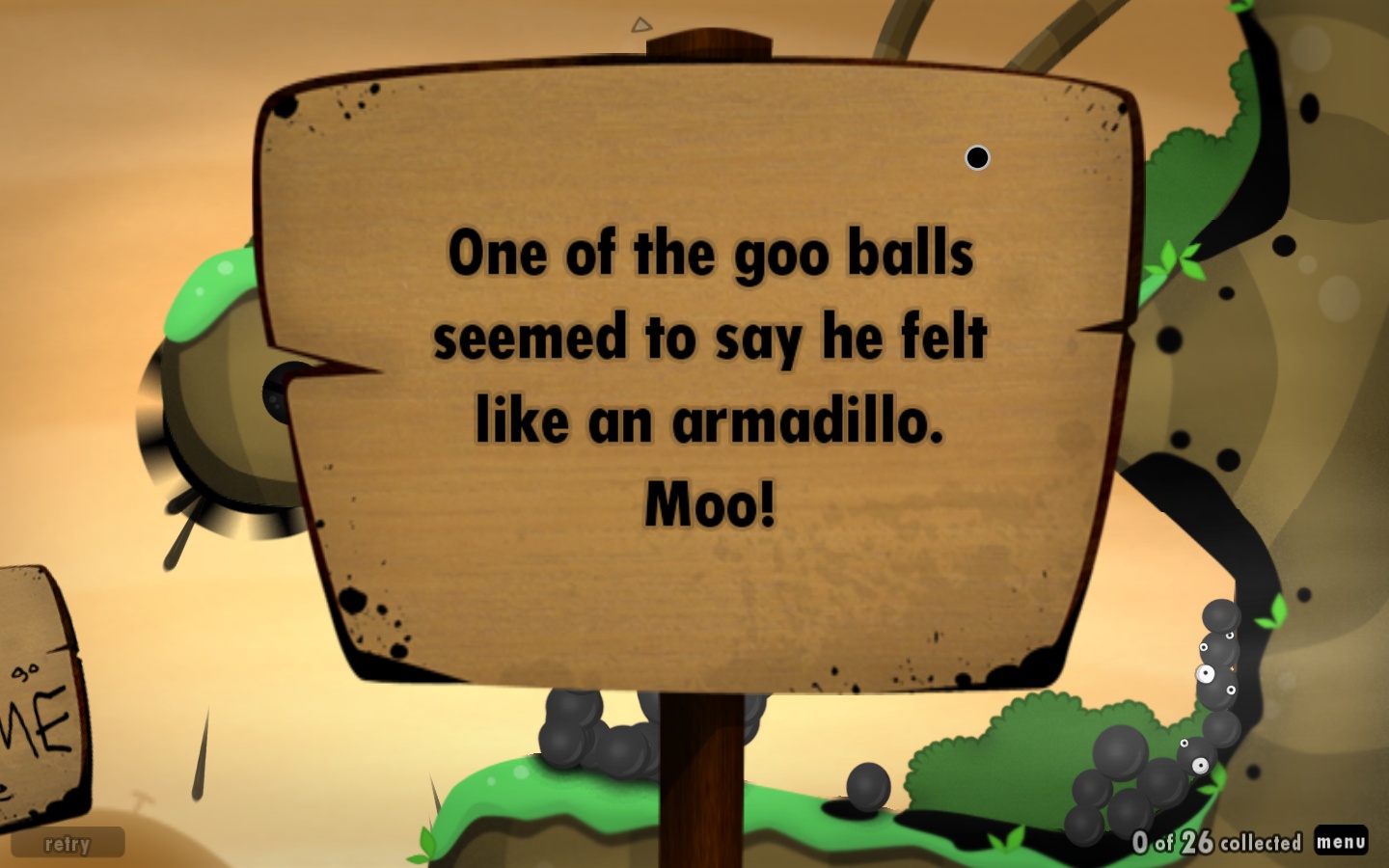 When it comes to jumping games, I really look for the ones that are not filled with unnecessary elements that give off a feeling of trying too hard. Doodle Jump is one of those Android games that avoids over-populating its environment with useless items. You just have to get as high as you can, using the tools you find on your way. You get to dodge obstacles, kill monsters, fly and bounce around and your ultimate goal is to get as high as possible. As with World of Goo, the design, atmosphere and sound effects were the ones to sway me to call it one of my favorite Android games. You have a couple of themes to choose from, ranging from classic doodle paper to Halloween inspired background and characters, which is a fun way to diversify the game. Its level of difficulty isn’t high, so you can really boost your scores in a global leaderboard fairly easy. 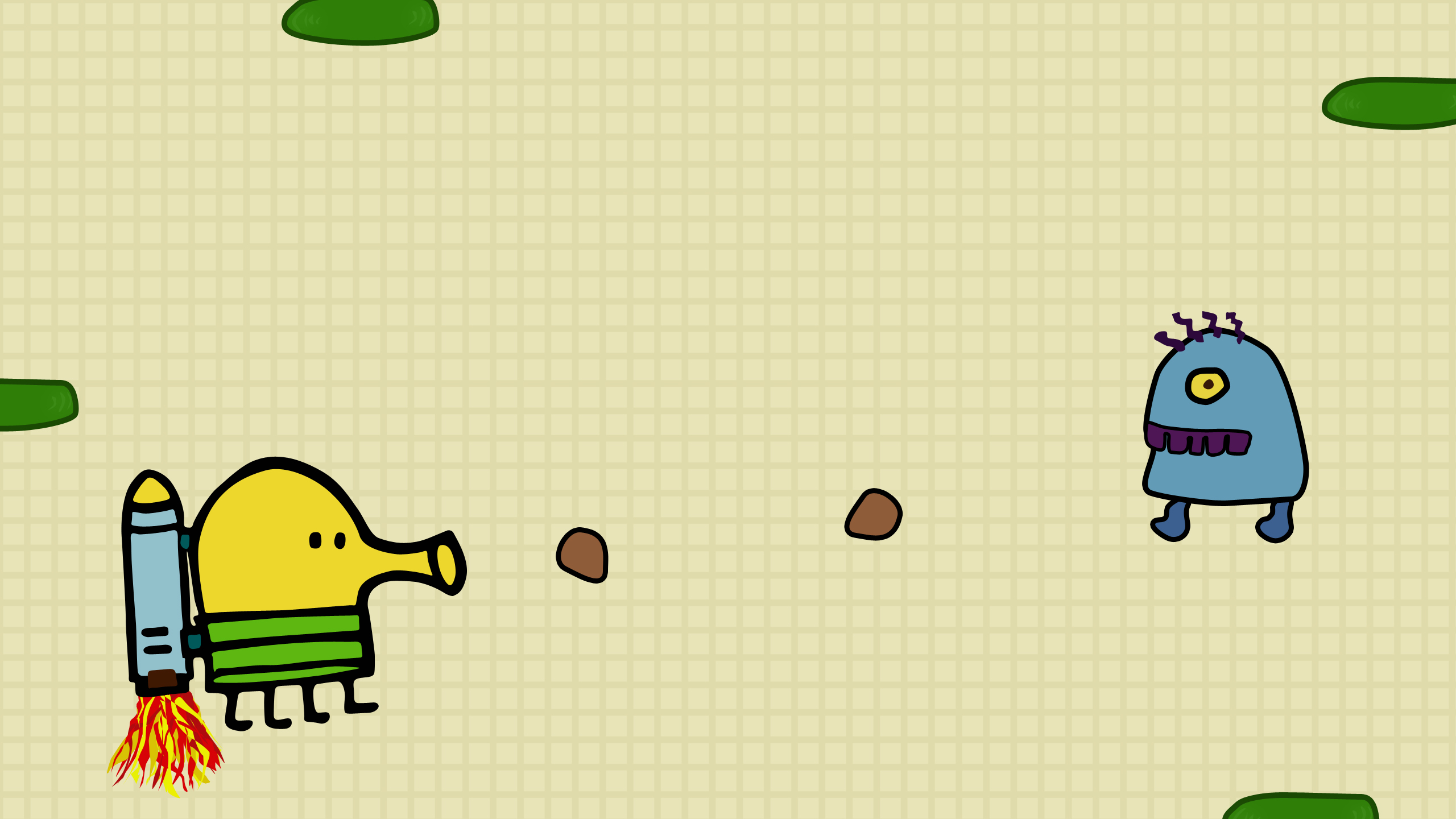 I’ve been addicted to this game since it first came out. I don’t play it often because it’s a very large game and I don’t have the storage space on my phone nowadays, but I do use my tablet to play. Plants vs. Zombies 2 is a re-vamped version of Plants vs. Zombies with wonderful graphics, environments, characters and sound effects, which make for an excellent gaming experience. You get to kill zombies, grow plants, make zombies hallucinate, freeze them, dress up your plants and play daily Pinata Parties and Yeti Hunts which are outside the basic levels of the game. This is the part I enjoy most about Plants vs. Zombies 2, because it diversifies the gaming experience and even if you’ve finished all the levels in the game, you get new ones every day. Arcade mode is also available, which is almost infinite, even though I’ve only gone as far as level 40 in the Future world. The developers of the game are constantly launching updates and new levels. so I honestly recommend trying it. The only downside to it is that you’ve got a lot of IAPs and they sometimes make it uncomfortable to play, but there’s only a decent number of ads you get, so it’s got that going for it, which is nice. 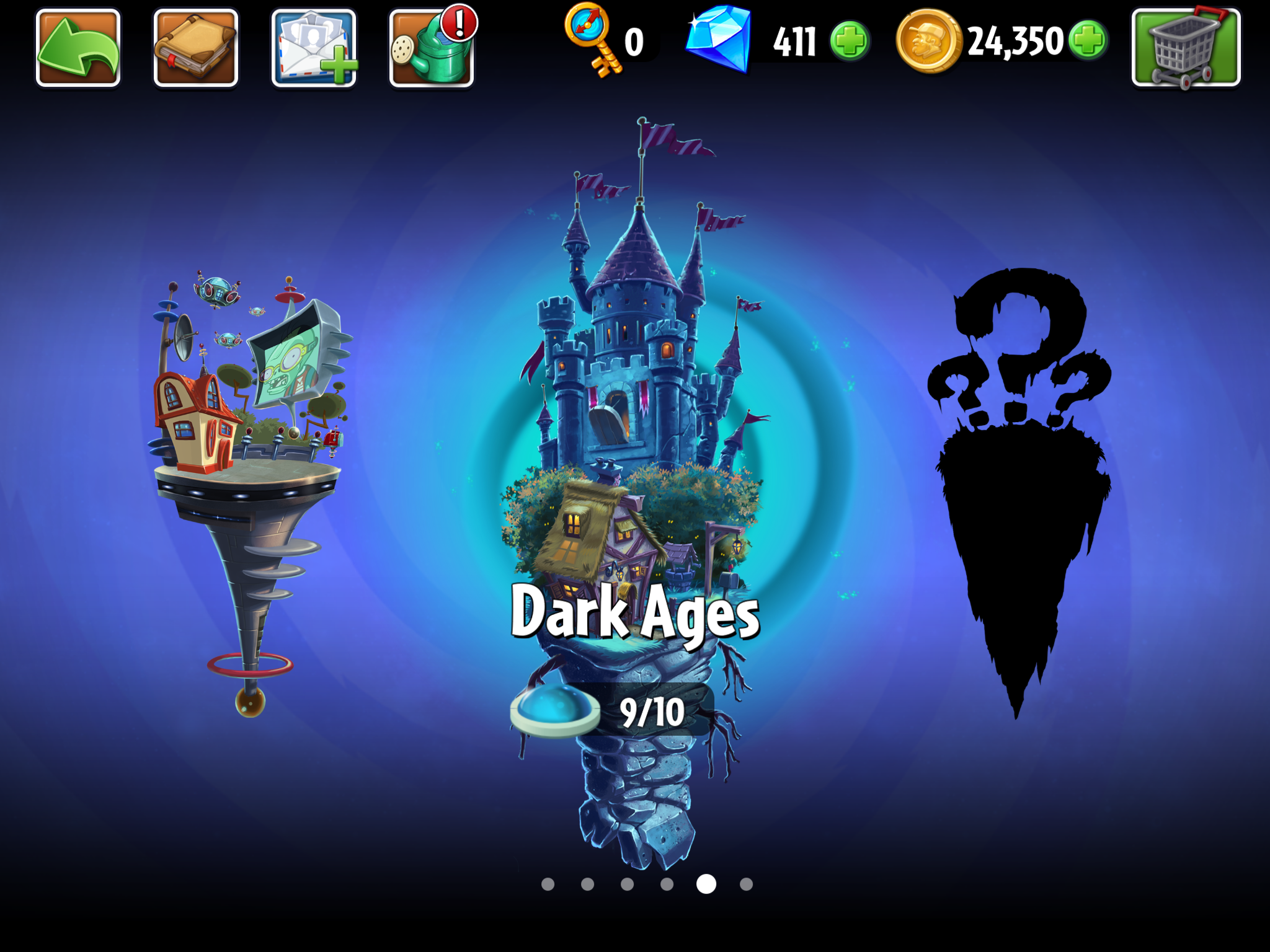 Hyper Jump is much like Doodle Jump or Mega Jump, for that matter, but the thing that has made me play it over and over again is its sound effects. I mean that creature you guide to get coins and boosts and fly higher and higher makes some noises I’ve laughed at for hours, and I’m not kidding here. It’s wonderfully simple, with very few ads and almost no IAPs, but it’s a very addictive game you can play in moments of boredom and procrastination. This one’s designed for phones, though, so it might not behave properly if you choose to play it on a tablet. 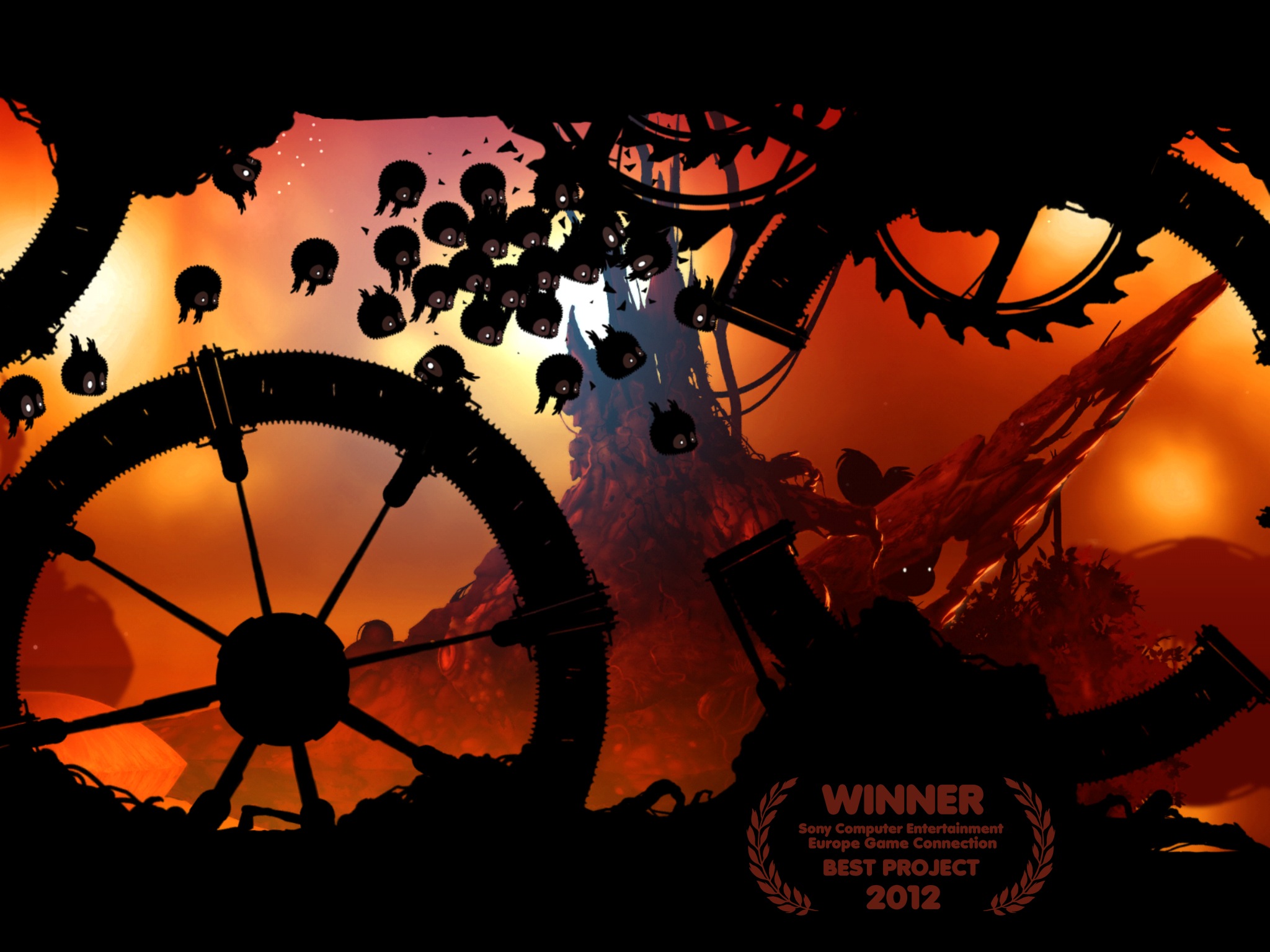 This one’s an action adventure half running half flying game which is insanely entertaining. Its atmosphere is very similar to that of World of Goo, with pitch black characters and flowing gameplay, which made me gravitate towards it in the first place. You get to play with a lot of little creatures who you have to guide through the worlds in Badlands, avoiding obstacles and getting boosts. The game is a side-scrolling game which uses tilts and shifts and swipes and taps to control the creature you’re playing with, so it’s a comprehensive and difficult game. This one’s the most difficult game on my list, but even so, it’s as entertaining as the rest and as addictive as any other mind-blowing treat in the Android games forest. 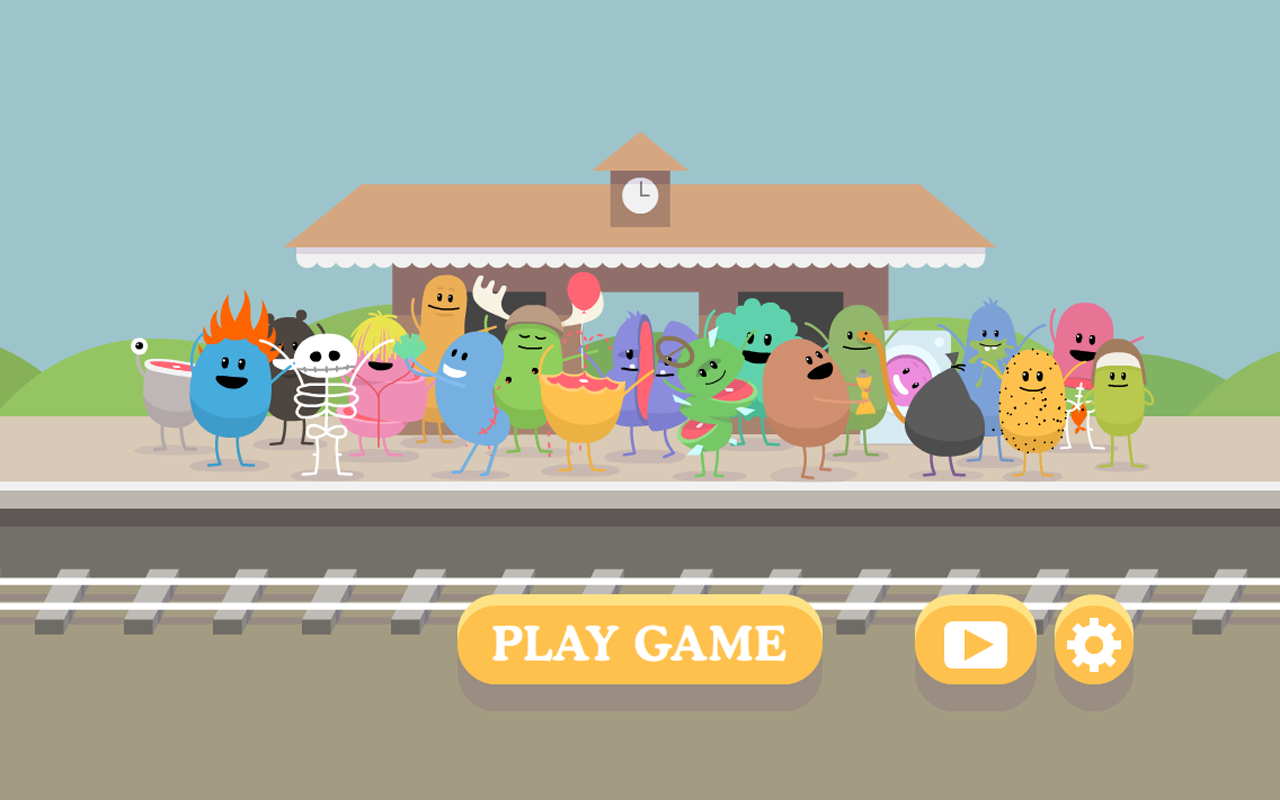 It’s like the Hardest Game Ever, but with a train station involved. In Dumb Ways to Die you need to perform simple tasks like tapping, swiping, pinching and tilting your device in order to avoid certain death for your character. I tend to find myself letting my characters actually fail sometimes, because it’s just so fun to watch, The design of this game, once again, is what caught my attention, because it lacks the gloss and glam of many similar games and keeps it simple and colorful. I really like simple and colorful. Dumb Ways to Die is actually a hard game to play and you really need to focus in-game, but it’s satisfyingly gruesome and entertaining at the same time. 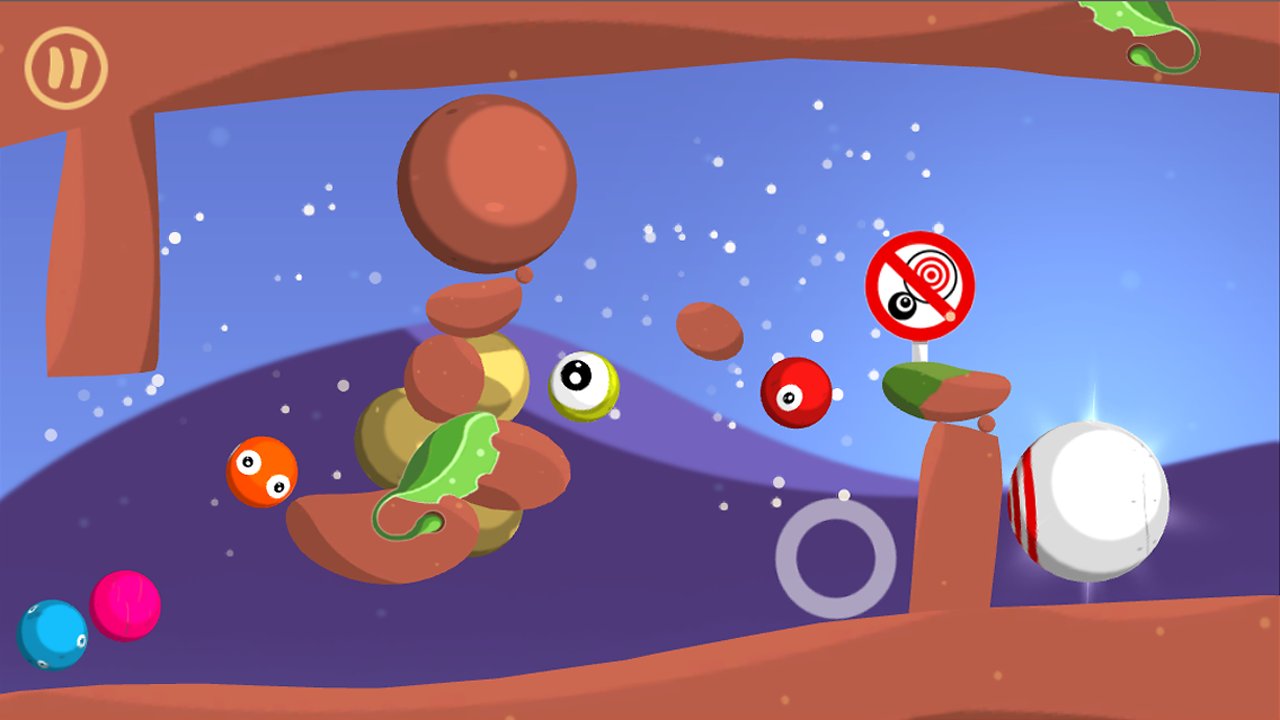 Once again, I’ll be describing a game that has supernatural, funny-looking characters which make sounds that make me giggle. Gluddle is much like Word of Goo, having you target and build things in order to avoid the all-seeing eye of The Supervision. It’s an action puzzle adventure that makes gross and fun sounds and keeps you occupied by making you use physics to understand what the game wants from you. The balls that you use to avoid The Supervision remind me of the Goo balls in World of Goo, only more colorful. The whole game kind of hints at online privacy and security, which is a nice touch to the game and incorporates modern world concerns of many.

My life-long dream has been to test out every gadget on the market! Considering the fact that I've rapidly destroyed almost every gadget I've had so far, I'm not inclined to owning something, so my ideal outcome would be to have a different gadget each month. I'm really into smartphones, wearables and tablets and I love Playstation and Xbox, I'm sure I'll beat you at your own game (after a month of training... or two)
Previous Capcom confirmed Resident Evil Revelations 2
Next Blizzard hopes that Hearthstone will be around for at least 10 more years

Top 10 Android Games For This Winter

Google is well known for going out of their way to offer new and innovative ...