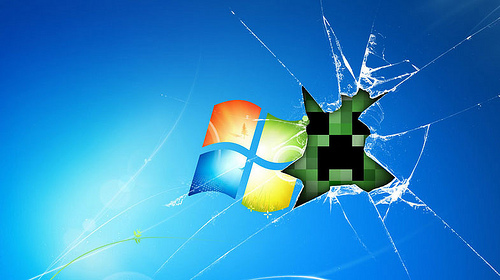 A few days ago rumors started surfacing that Microsoft is reportedly trying to buy Mojang, the creators of Minecraft. Now, it seems like this wasn’t just a mere rumor as a source close to the matter told Reuters that the deal will be officially announced this Monday. Microsoft is presumably interested in boosting the Windows Phone popularity with the use of Minecraft and its willing to pay $2.5 billion to do it. Minecraft is a huge success not only on PC and consoles, but also on the Android and iOS. Microsoft is hoping that it will be equally successful on Windows Phone once such a version is released.

So why not simply release a Windows Phone version instead of outright buying Mojang and Minecraft in the process? Well, Minecraft creator Markus “Notch” Persson said last year that a Windows Phone version is not worth bothering with because there are very few people using devices that run on this operating system. However, since then things have changed quite a bit and now there are many more people embracing the Windows Phone so this move by Microsoft is definitely smart. That being said, $2.5 million is a massive sum of money all things considered so this is quite a gamble. By comparison, Facebook only paid $2 billion to purchase Oculus VR while Amazon spent just $1 billion for Twitch.

Minecraft was recently released for both the Xbox One and PS4 so now it’s no last-gen, current gen, PC, PS Vita, Android and iOS. Those are quite a lot of platforms and the game has enjoyed a high amount of success on pretty much all of them. All in all, the game proved that it can make a lot of money so this huge investment might very well end up being worthwhile. Stay tuned for more news and updates.

I’m Load The Game’s co-founder and community manager, and whenever I’m not answering questions on social media platforms, I spend my time digging up the latest news and rumors and writing them up. That’s not to say I’m all work and no fun, not at all. If my spare time allows it, I like to engage in some good old fashioned online carnage. If it’s an MMO with swords and lots of PvP, I’m most likely in it. Oh, and if you’re looking to pick a fight in Tekken or Mortal Kombat, I’ll be more than happy to assist! Connect with me by email markjudge (@) loadthegame.com only
@@MarkJudgeLTG
Previous Apple has products in the works that nobody knows about says Tim Cook
Next Assassin’s Creed Unity’s side-missions include sending (innocent) people to jail