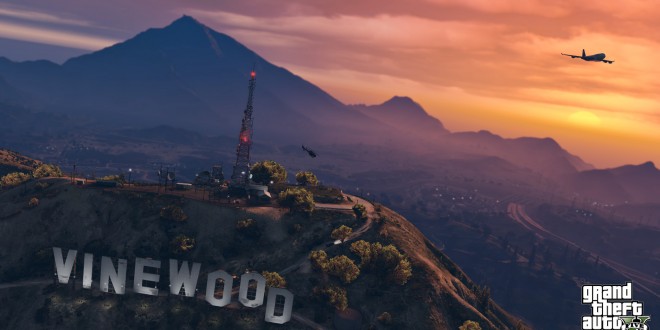 Last week Rockstar finally announced the release date for GTA V on PC, PS4 and Xbox One, but not everyone was happy to hear the announcement. This time the rumors were right and Rockstar did delay the game a bit even though they previously said that this was not the case. Interestingly enough, only the PC version was delayed and GTA V for PS4 and Xbox One will still make the Fall release window announced back at E3. As for the reason behind this delay, Rockstar says that the PC version still needs some “polish” before it can be released and that’s what they’re working on at the moment. The company didn’t reveal any additional info, but said that we can expect to hear more details soon.

“We’re glad to see so many of you are excited for the upcoming release of the new versions of GTA V and we look forward to sharing more details with you soon,” Rockstar said in a blog post. “We are also incredibly excited to be bringing GTA V to the PC, but the game requires a little more development time in order to ensure that it is as amazing and polished as possible. Please do stay tuned as we reveal new features and information about all the new versions in the weeks ahead.”

This is definitely not what PC gamers wanted to hear, but there’s not much we can do now expect sit and wait. On the bright side, GTA V will come with a wide range of graphical improvements and additional content so the wait will definitely be worthwhile. Additional content includes new weapons, vehicles, activities, songs and more. However, the bitter truth is that the game seems so far away once again as it only releases on January 27th, 2015 for the PC so more than four months from now.

I’m Load The Game’s co-founder and community manager, and whenever I’m not answering questions on social media platforms, I spend my time digging up the latest news and rumors and writing them up. That’s not to say I’m all work and no fun, not at all. If my spare time allows it, I like to engage in some good old fashioned online carnage. If it’s an MMO with swords and lots of PvP, I’m most likely in it. Oh, and if you’re looking to pick a fight in Tekken or Mortal Kombat, I’ll be more than happy to assist! Connect with me by email markjudge (@) loadthegame.com only
@@MarkJudgeLTG
Previous Styx: Master of Shadows’ minimum system requirements revealed
Next Divinity: Original Sin DLC brings two new companions